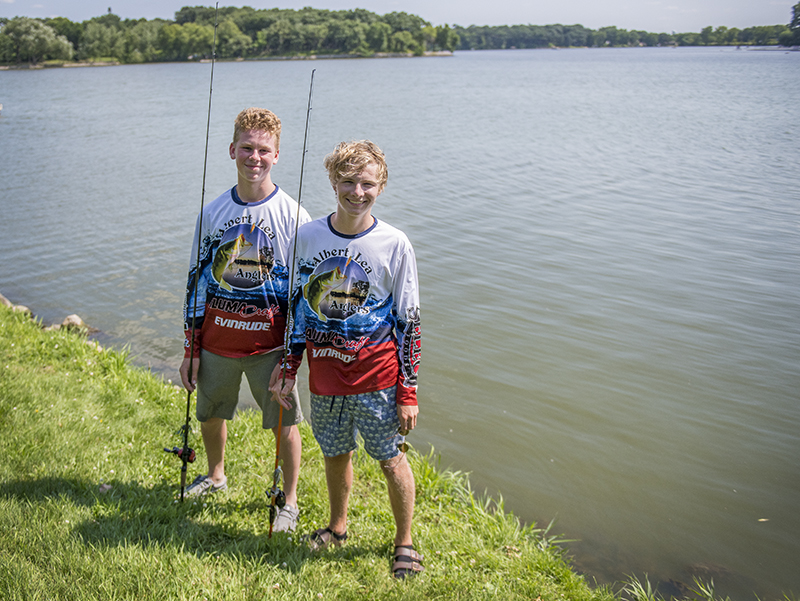 With fourth-place finish, 2 Albert Lea Anglers are going to nationals

Two Albert Lea fishers turned five fish into a fourth-place finish that has them headed to nationals next year.

Griffin Thompson and Thomas Lundell, both members of the Anglers since the group began, placed fourth, with a five-fish combined weigh-in of 14 pounds, 11 ounces. Kenny Flatten and Caden Stevens placed 15th with 11 pounds, 8 ounces; and Alex Henschel and Ian Latham placed 28th, bringing in 8 pounds, 5 ounces.

“Honestly, we came into the weigh-in and we were kinda like, ‘Well, we’ll get probably 10th place,’” Thompson said. “We didn’t think we’d do that good.”

The teams pre-fished Friday, scouting out good spots for the next day’s tournament. 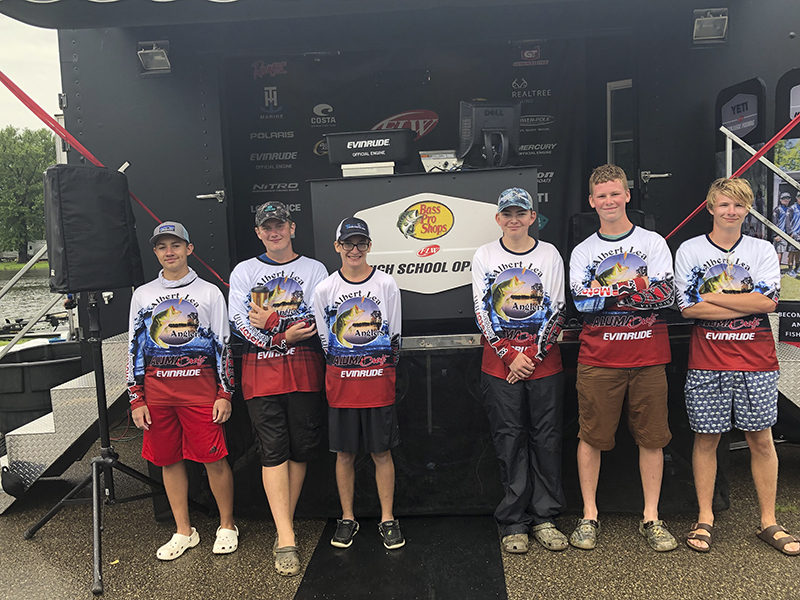 “The best thing you can do is study the lakes, whatever you’re gonna fish, from Google Maps or just call bait shops, just get kinda the scoop of what the water’s like and everything — every detail you can get that makes the fishing different,” Thompson said.

On Saturday, they were on the water early. Thompson estimated they went out at about 6:15 a.m. and fished topwater — on the surface.

“We were catching left and right, I’d say,” Lundell said.

But the early fish were not as big as the ones that rolled in later, both anglers said.

“Honestly, they just kept getting bigger throughout the day,” he said.

Jason Howland, coach for the Albert Lea Anglers, was a boat guide for the team, helping to net fish, drive the boat and offer advice. Other boat captains included Tony Flatten and Mark Bartleson.

Howland said he has been pleasantly surprised at how talented a lot of the Albert Lea High School anglers are.

“They’re very good at casting … they make the right decisions when it comes to lure choice and locations,” he said. “… We have some really great young anglers here in Albert Lea.”

The Wabasha Open included teams from Minnesota, Wisconsin, Iowa and other states.

“Realistically, it’s really tough to finish in the top 10% of the field,” Howland said.

He expects around 400 teams to compete at nationals, and other Albert Lea Anglers are not counted out of that yet, he said.

“They got a chance to see now what Griffin and Thomas did, and they’re going to have an opportunity to make nationals, too, so we’ll see what happens,” Howland said.

Both Lundell and Thompson are planning to attend the 2020 High School Fishing World Finals & National Championships tournament. It will be in La Crosse, Wisconsin, and offers college scholarships as well as prizes. 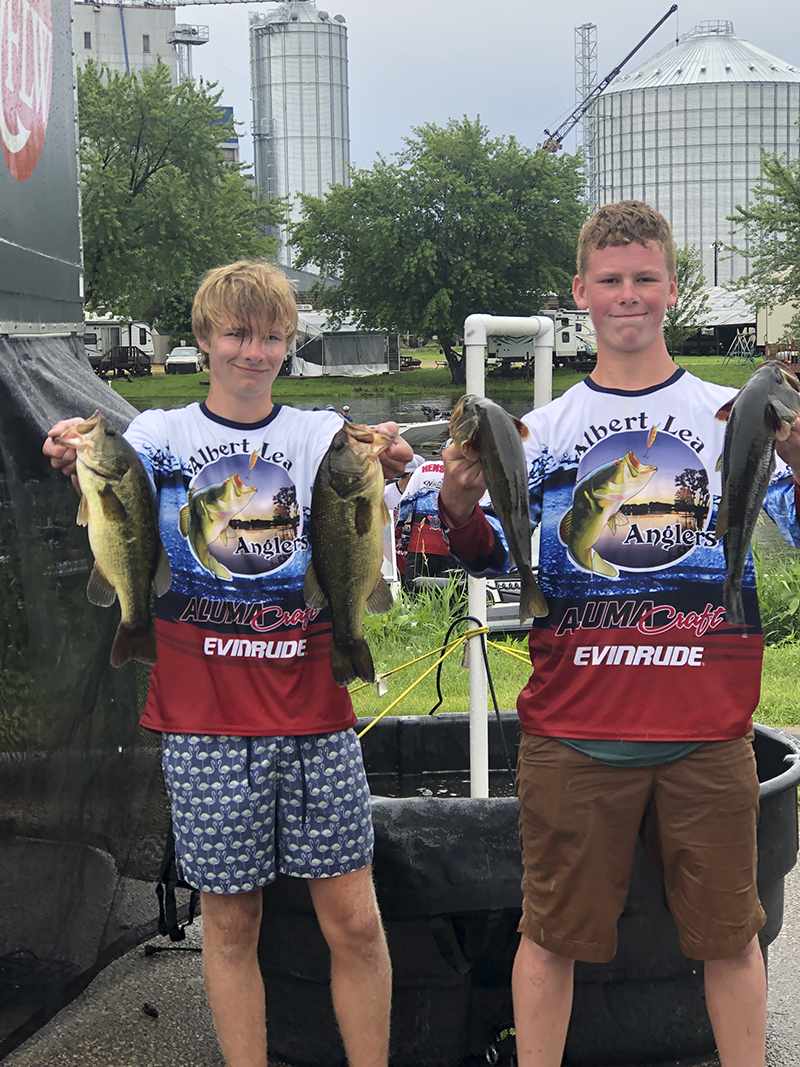 Griffin Thompson, right, and Thomas Lundell hold some of the fish they caught at the tournament Saturday. The team came in fourth and qualified for nationals. – Provided