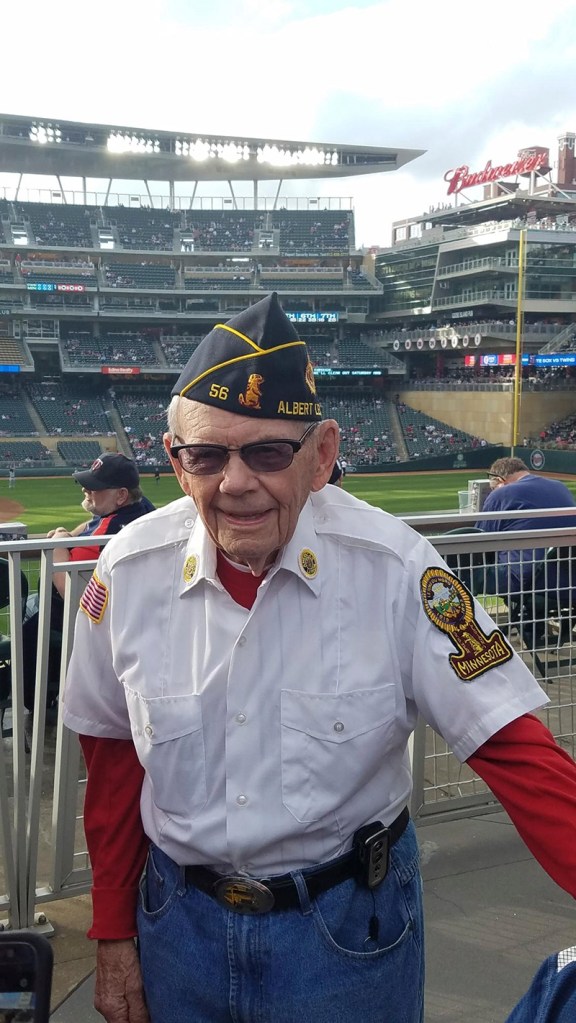 Milton Nelson of Clarks Grove raised the American flag at the Minnesota Twins vs. Chicago White Sox baseball game at Target Field on May 24. - Provided

A local World War II veteran was chosen to raise the American flag at the Minnesota Twins vs. Chicago White Sox baseball game May 24 at Target Field in Minneapolis.

According to a press release, Milton Nelson of Clarks Grove was proud to have been selected to raise the stars and stripes at the baseball game and was happy his children, grandchildren and great-grandchildren were in attendance during the ceremony.

Nelson was privately employed to work on the construction of the Alaska Highway, also known as the ALCAN Highway, alongside engineer soldiers from 1943 to 1944, the release stated.

He joined the United States Army in 1944 and served his basic training at Fort Knox, Kentucky, where he then was attached to the armored division working on the maintenance of military tanks. After also serving at Camp Hood near Killeen, Texas, and Camp Roberts in central California, he was honorably discharged in 1945 at the end of the war.