Fair food review: Not too big or small — fair pies are just right 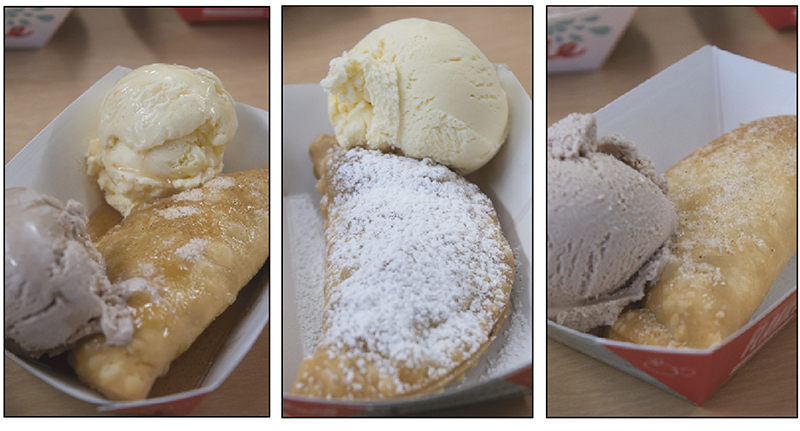 Editor’s note: This is the first in a series of reviews of food this week at the Freeborn County Fair.

In the ultimate deep-fried apple pie, served with one scoop each of vanilla and cinnamon ice cream and topped with an apple dumpling-esque syrup, there’s plenty of cinnamon to go around.

You would have had me at “cinnamon ice cream” alone.

Each pie is served in a calzone-shaped half moon, and the crust is tender enough to cut with the side of your fork — a must for fair food — without being mushy. The apples inside are cubed rather than sliced. Cinnamon ice cream enhances the flavor of the apples’ thick, cinnamon-y bath, so eating it a la mode is a must. The stand also makes a more purist version in its standard apple pie.

If you’re not an apple pie fan, change your mind.

Save room for dessert.