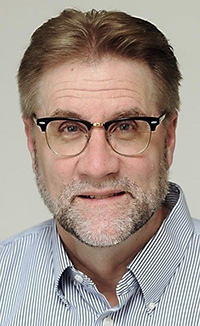 After completing a year as the president of the Minnesota Society of Professional Journalists, I find First Amendment freedoms remain under fire from numerous directions in Minnesota and elsewhere.

My year as president started with a bang last August when MNSPJ and the Committee to Defend the First Amendment found ourselves holding a press conference to challenge a city of Minneapolis investigation against those who leaked and published an embarrassing report on the use of a deadly drug.

Our groups petitioned the city of Minneapolis and Mayor Jacob Frye to end an ill-advised investigation into the leaking of a report on the dangerous drug ketamine that was being given to people without their knowledge in police actions and emergencies.

A great story by Andy Mannix of the Star Tribune uncovered the mess.

The result of our petition was the investigation into the leaker was quietly dropped.

In November, MNSPJ challenged the public officials blocking reporters from their Twitter accounts. We filed a request with the Minnesota Data Practices Office asking if this blocking violates the Data Practices Act or other First Amendment rights. From our reading it did.

The Data Practices office agreed to “negotiate” or “communicate” our concerns to the chief violator in this case, Minneapolis city councilor Alondra Cano.

In March, we issued a statement calling on all public officials to cease and desist from blocking reporters on social media. Our case was made stronger when a federal appeals court case in June ruled President Donald Trump violated First Amendment freedoms by blocking people from what he said was a personal Twitter account.

The city of Minneapolis in response to our petition approved a new policy for employees and councilmembers in using social media that direct them to city-maintained accounts for city business and prohibits them from blocking people. But Cano told the Star Tribune she was not planning to unblock reporters from her “personal” Twitter account saying the new city policy did not apply.

In October, MNSPJ challenged the secrecy policy of St. Louis County as it denied the Star Tribune access to requested emails for commissioner and congressional candidate Pete Stauber. St. Louis County continued its denials in spite a ruling from the Data Practices office that said the emails were public. A judge finally overturned the county after a DFL lawsuit.

In March, MNSPJ joined with other media partners in challenging proposed severe restrictions by a judge on viewing of the public records in open court of the murder trial of Mohamed Noor, the Minneapolis police officer convicted of killing a woman attempting to report a crime. The judge eventually ruled in favor of disclosure noting she had to follow the law like everyone else, even though she didn’t like it.

At the end of the trial, the judge proposed restricting trial information further, but again, relented when challenged by media organizations.

MNSPJ was part of another media coalition that fought for the release of the Jacob Wetterling investigative file, which was finally released last September. Attorneys for the Wetterlings attempted to call into question Minnesota law that has long required investigative files be public once a case is closed.

In less than one year there were half a dozen significant threats to First Amendment freedoms in Minnesota and dozens more that didn’t rise to the level of a legal response.

From my 30 years as a journalist, I know there are hundreds of challenges newspapers large and small make every year for public records from public bodies who don’t think the public has a right to know.