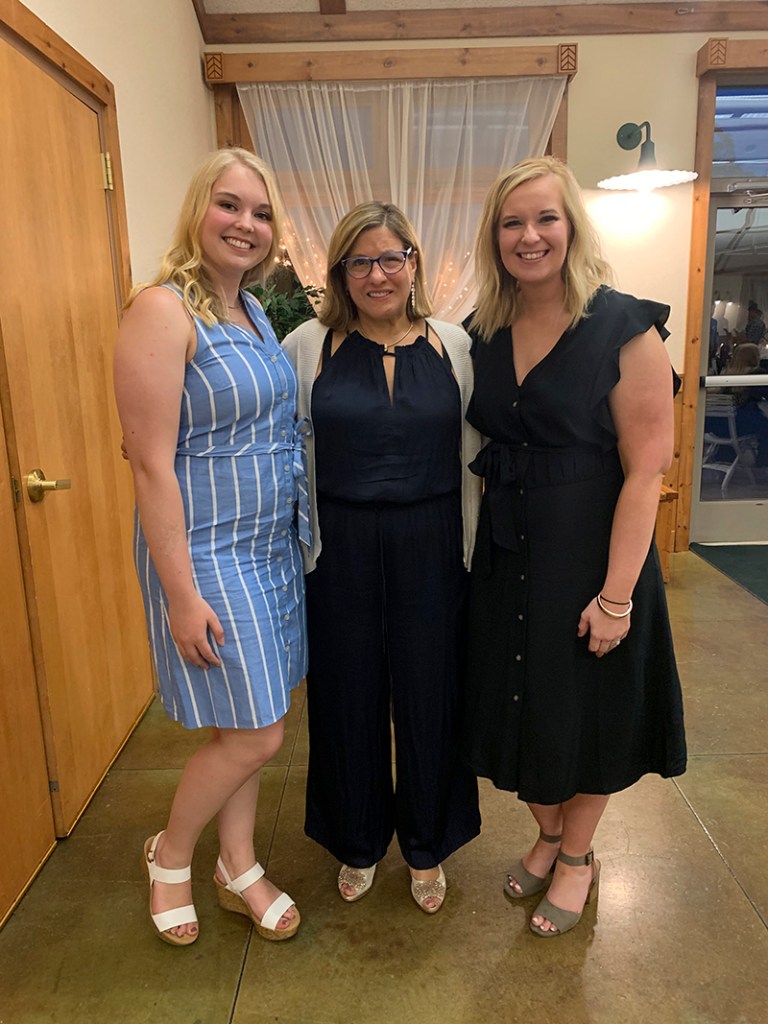 Albert Lea Just For Kix Program Director Holly Rahn and Shayla Heggestad pose for a picture with the CEO and founder of Just For Kix, Cindy Clough. - Provided

Just For Kix had its annual directors training convention in Brainerd from June 23-25, according to a press release.

Directors from 14 different states traveled to learn, network and enhance their teaching skills. Classes were taught on technology, teaching methods, how to coach children, filling the hour to maximize time and more. A total of 89 classes were offered as well as motivation.

On June 23, Just For Kix had its annual awards banquet. It was held in conjunction with the three-day training seminar. Holly Rahn, Albert Lea program director, attended the convention with head instructor and Northwood director Shayla Heggestad. She has set high standards for the dancers to strive for and has been an exceptional role model in her community, the press release stated. The Albert Lea program is in its 24th year of business in the community.