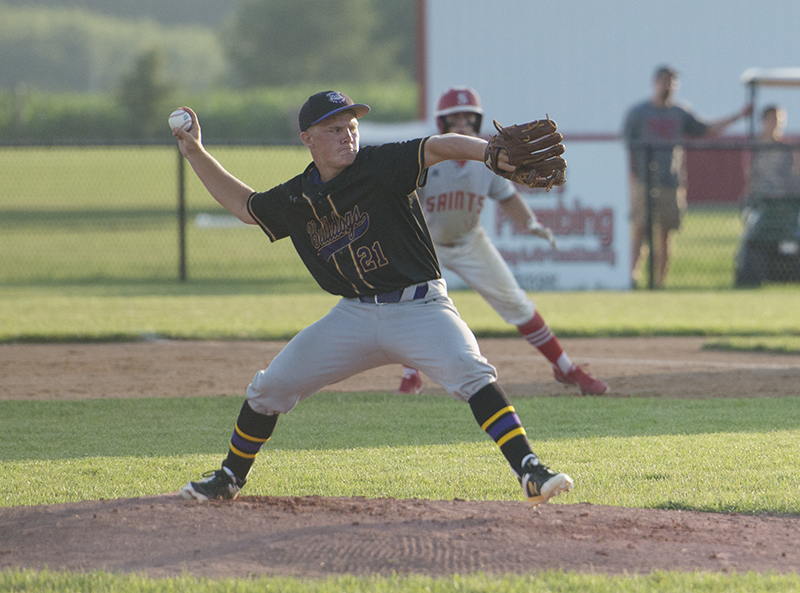 ST. ANSGAR — The Lake Mills baseball team was out looking for retribution Monday night when they traveled to St. Ansgar, trying to avenge a one-run loss earlier in the season.

Unfortunately for the Bulldogs, they were unable to overcome a rocky first inning and ended up falling to the Saints 4-1.

After a quick one-two-three inning at the plate for the Bulldogs, the first three batters of the game reached base for the Saints — the first on a walk and the second on an error. The third at-bat singled to center field and scored both runs already on base. The Bulldogs settled down after the rough start to record three straight outs.

Junior Logan Prescott tripled to start the second inning and was promptly hit in by junior Nate Lorenson in the next at-bat.

The Saints took a two-run lead again in the third using the combination of a walk, single and sacrifice hit. 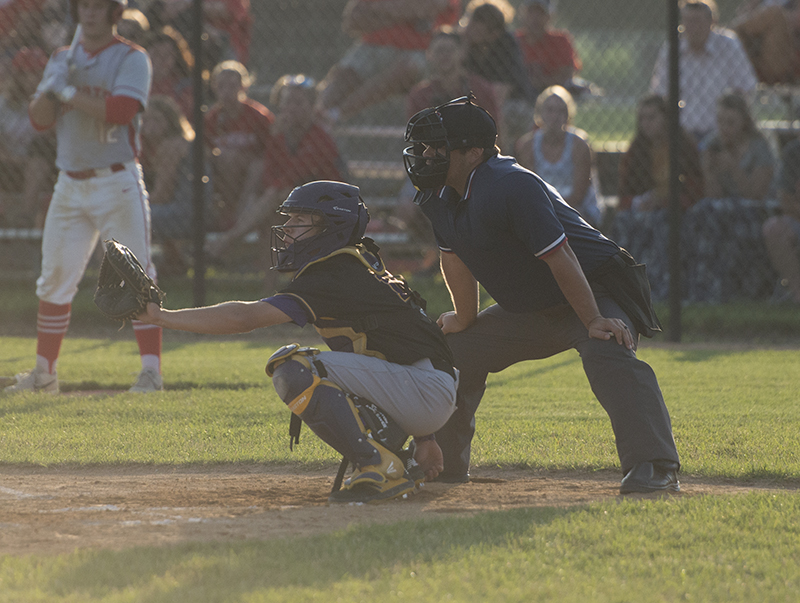 Lake Mills junior Logan Prescott sets up for an incoming pitch Monday night in St. Ansgar. The Bulldogs fall to 17-9 on the season after their second loss to the Saints this year. – Tyler Julson/Albert Lea Tribune

It would be a rough go of it for Lake Mills throughout the rest of the game. Junior Tyler Helgeson reached on a single in the third, but was left stranded. Senior Cael Boehmer hit a leadoff single in the fourth, but was left to the same fate as three straight pop flys ended the inning.

Lake Mills was unable to get a runner on base in the fifth and sixth innings. Meanwhile, St. Ansgar added its fourth run in the bottom of the sixth inning.

Down by three runs to start the final inning, the Bulldogs needed a momentous rally to have a chance at extending the game. Eighth grader Brady Hanson walked with two outs in the inning, but would stop there when a pop fly ended the game.

As a team, the Bulldogs scored one run on four hits and recorded two errors. They fall to 17-9 on the season and will play again Thursday when they host Estherville Lincoln Central in their final home game of the regular season.