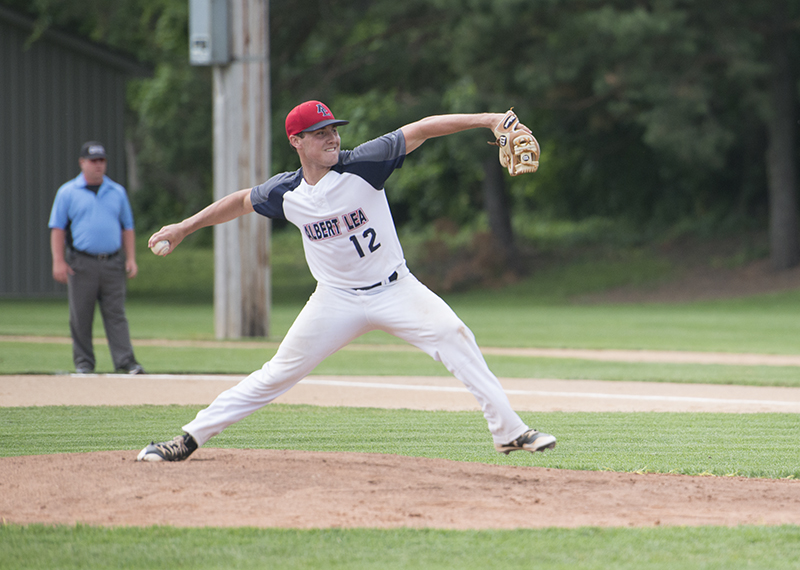 Jesse Bloom started on the mound for the Lakers Wednesday against Bancroft. Bloom picked up the win, allowing five runs on six hits and struck out six batters. - Tyler Julson/Albert Lea Tribune

Albert Lea battles own errors to take down Bancroft team

The Albert Lea Lakers hosted the Bancroft Bandits Wednesday afternoon looking to build off their win Tuesday night and make it two wins in a row.

The Lakers relied on a big-time performance from pitcher Jesse Bloom and a sixth inning rally to down the Bandits, 8-5.

The Bandits started the first inning off with a bang putting up two runs using two double and a single to do it.

The Lakers responded by one-upping the Bandits and scoring three runs in the bottom half of the inning. Preston Godfrey led off with a single and Brad Morris followed with a single two at-bats later. Austin Portner hit a two-out single that brought in one run and Jacob Kaiser hit a two-run single in the next at bat to take a 3-2 lead.

Errors were the Lakers’ enemy in the second inning. After allowing two Bandits on the basepaths and two outs on the scoreboard, a throwing error at home plate followed by a throwing error at third base led to two runs for the Bandits. A Bloom strikeout ended the inning, his second of the game. 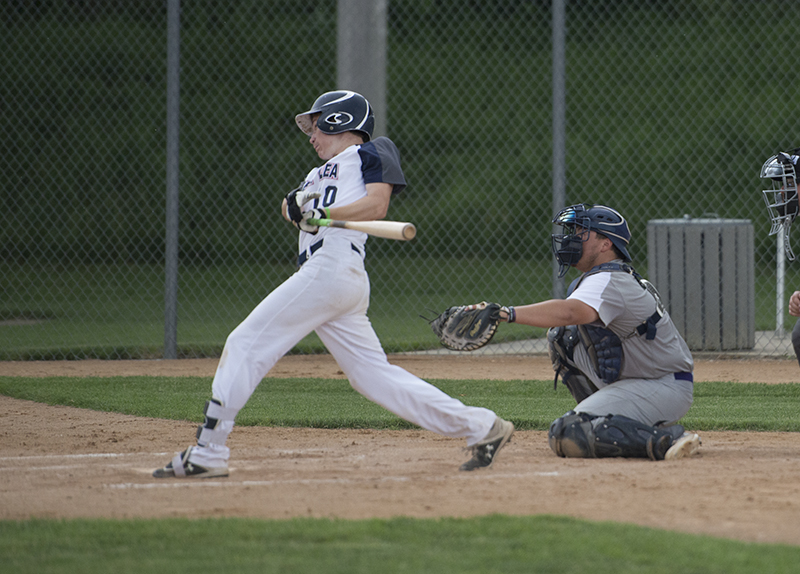 Codey Erickson takes a swing at a pitch Wednesday at home against Bancroft. The Lakers improve to 6-12 on the season with the win. – Tyler Julson/Albert Lea Tribune

Not to be outdone, the Lakers again took the lead back in the bottom of the inning. Codey Erickson hit a fence-rattling double and Sam Huska reached on an error that brought Erickson across the plate. Morris then hit a double that brought in Huska and gave the Lakers a 5-4 lead heading into the third.

The third and fourth innings were quiet for both teams, with neither advancing a runner any further than first base. The Bandits eventually tied the game at 5-5 in the top of the fifth off a sacrifice fly to center field.

The sixth inning is where the Lakers really found their stride and scored three runs to take a commanding lead. Sam Steinmeyer and Trey Rogers led off with back-to-back singles. A fielder’s choice led to Steinmeyer being thrown out at third, but Godfrey loaded the bases in the next at bat with a single between the first and second basemen.

Huska then brought in one run with a sacrifice hit to the second basemen, and a close play at the plate on the same play led to another Lakers run. Jacob McKeon added another run for the Lakers with a short single before the inning ended.

A quick three outs by the Lakers defensively in the top of the seventh ended the game and gave the Lakers their sixth win of the season.

Bloom pitched all seven innings for the Lakers, allowing five runs on six hits and striking out six batters.

The Lakers move to 6-12 on the season and will play again Saturday when they host the Peak Prospects of Ames. 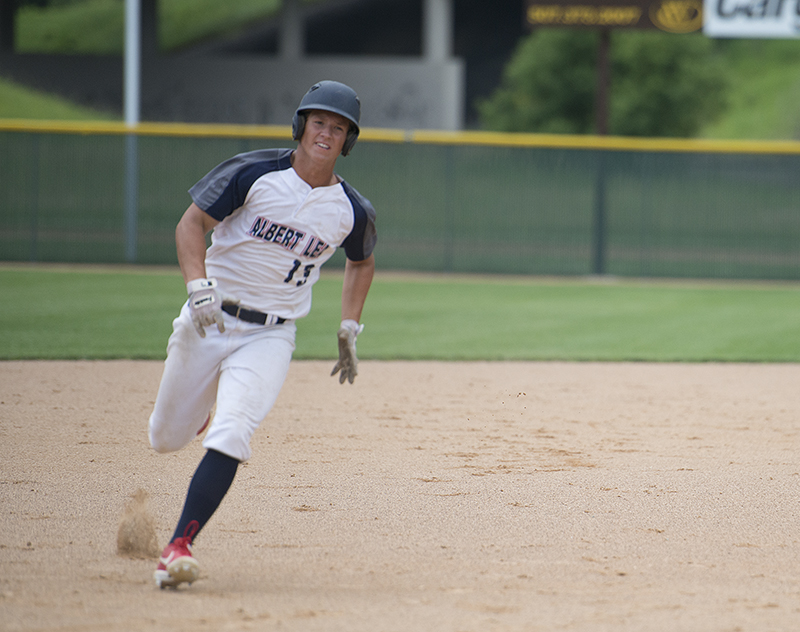