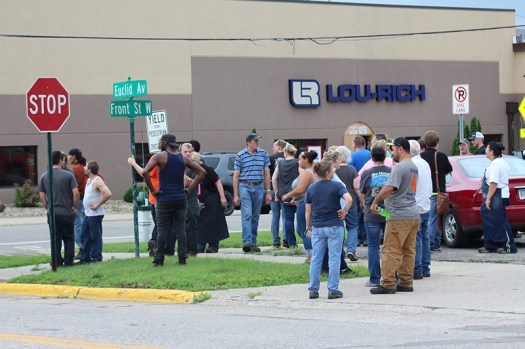 Lou-Rich employees stand in the parking lot after the Albert Lea Police Department and the Freeborn County Sheriff's Office responded to a reported call of someone with a gun on the premises. - Sarah Kocher/Albert Lea Tribune 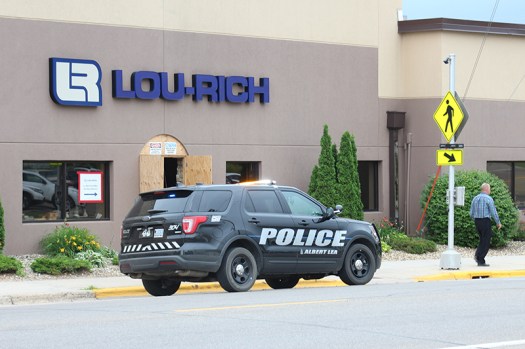 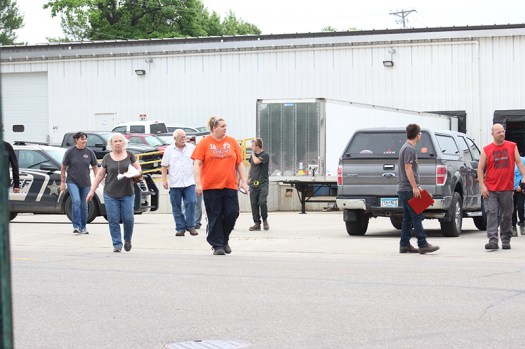 Employees walk out of Lou-Rich Tuesday while police respond to a reported call that an employee who had been let go returned with a gun. - Sarah Kocher/Albert Lea Tribune 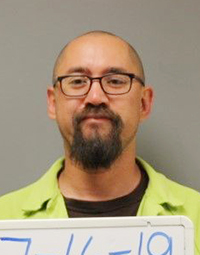 A man is in custody after reports that a former employee returned to Lou-Rich Tuesday with a shotgun after being dismissed that morning.

According to reports, the individual said his supervisor was “on his list” when he entered the premises with a shotgun.

Officers located the male at his residence in the 1000 block of Fountain Street West. Officers apprehended Albert Lea resident Phillip Jonathan Martinez, 37, at around 3 p.m. No one was harmed during the incident, according to Director of Public Safety J.D. Carlson.

Freeborn County dispatch received a call concerning terroristic threats just before 1 p.m., and some employees were evacuated from the building at 505 W. Front St. to stand in the parking lot across the street for close to 10 minutes before reentering the building.

Albert Lea Deputy Chief of Police Darren Hanson said officers asked employees to evacuate until they could confirm the man had left the building. However, because the building is stretched out and loud, not everyone was evacuated.

“There’s no way we were able to evacuate everyone in the short period of time that we had,” he said.

However, Hanson said from the time officers entered the building to when it was determined the individual had left was a short amount of time.

According to a press release, the male left the scene prior to officers’ arrival, causing no further harm to employees.

Larson Contracting foreman Steve Beaty, who was at Lou-Rich at the time of the incident, said it was a good thing nobody was shot, and that he believes law enforcement acted professionally.

“Everybody’s excited to go back to work,” Beaty said.