A gathering time for family and friends of Michael “Mike” Manuel Krause of Albert Lea will be from 4 to 8 p.m. Friday at Bonnerup Funeral Service in Albert Lea. The Rev. Kent Otterman will share some reflections at 7:30 p.m. Interment will be at a later date. 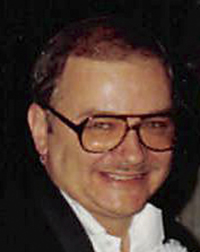 Mike was born July 3, 1943, in Wells, the son of Manuel “Bud” and Rose (Malzahn) Krause. He grew up near Wells and Albert Lea and graduated from Albert Lea High School.

Mike joined the military in 1967, where he served proudly in the U.S. Army. He worked several years doing electrical work for the state of Minnesota, where he enjoyed his work.

Mike lived with grit and determination as well as a lot of humor. After a car accident on July 12, 1976, he was told he would probably never walk again. He gave a smirk and said, “I’ll be hunting in Montana come fall.” Sure enough, he was! Mike loved hunting and trips out West and family get-togethers.

Preceding him in death are his parents Bud and Rose Krause; grandparents Hilbert and Francis Malzahn; and cousin, Art “Sonny” Malzahn Jr.