My Point of View: Acknowledge positive in differing opinions 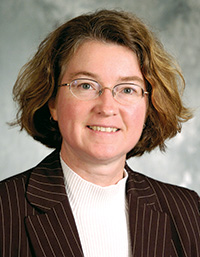 On June 19, I took my exchange student, Greta, to the airport for her return flight to Germany. The airline strongly suggested we arrive three hours prior to boarding, so I came prepared with plenty to read. The airport was “as busy as it gets,” according to airline information, and we were stranded in a long, slow-moving line, waiting to print Greta’s ticket and check her bags.

Greta and I had talked continually during the 1 1/2-hour drive to Minneapolis and had finally fallen silent, so I retrieved my book from a bag full of Mom stuff and began to read. Pencil ready, I read, underlined and wrote notes in the margins — completely absorbed in the text when I heard a voice.

Not certain what was said or if it was meant for me, I looked up. “That makes a statement,” the voice repeated. I turned around to see a woman looking directly at me and pointing at my book. As I closed the book to more easily display the cover, “The Mueller Report,” I said something like, “I just wanted to read the actual report rather than rely on commentators telling me their version of the contents.”

I believed this was a benign comment, but the following events proved I was wrong.

Suddenly other voices emerged from the tightly packed line.

While another voice interjected, “How did you know she was liberal — because she reads?”

“You liberals! I’m not even going to talk to you,” said the angry man.

Startled, Greta began moving away from the commotion. The exchange was getting louder by the moment, although I was no longer a part of it.  A kiosk opened, and I quickly exited the line to take care of the business at hand. Greta needed plane tickets, and I really didn’t want her last memory of the U.S. to be of me being escorted out of the airport.

In the end, Greta was able to board her plane on time. Apparently unscarred by the earlier events, her only comment was, “At least you didn’t raise your voice.”

And, I had not raised my voice. As a teacher, I know how to listen to those with differing views. I know how to read a room and de-escalate a volatile situation. So, this puzzled me. How did quietly reading “The Mueller Report,” combined with a seemingly innocent comment, “That certainly makes a statement,” turn into a shouting match involving several strangers?

I continue to wonder what statement did the first woman think I was making? How did liberals cause the angry man to move? Why would anyone assume that non-liberals don’t read? It bothers me that I won’t know the stories that inform each person’s beliefs. It bothers me that what started as a person reading a book and an innocent comment from a bystander, escalated so quickly and sucked in so many angry people. And, of course, was there anything I could have done to affect a more positive conversation?

A couple of weeks after the previous exchange, I came across a column by Amanda Ripley that was reprinted in the Pioneer Press. The title was “D’s and R’s are very bad at guessing each other’s beliefs.” The writer discussed an experiment that encouraged a group of liberals and a group of conservatives to share their homes, hospitality and ideas with each other. As I read the column, I came upon the statement, “…the more divided we get the more mistakes we make.”

This could partly explain why total strangers might yell at each other in a public place. When we only listen to those who agree with us, we tend to develop negative (and often, wrong) opinions about those who don’t agree with us. And yet we still need to work together to better our world.

I have found that the entities that do some of the most good include local nonpartisan city government, service agencies, civic associations and faith-based groups. Such organizations are run by people we can call or text and know we will be heard. As much as humanly possible, they do their jobs without partisanship because they understand the communities they serve.

If we want to improve our communities, we need to acknowledge the positive in those who hold opinions different from our own. We need to strive to be curious and understand the “why” behind each other’s beliefs. We need to concentrate on what we have in common, so we may work together for the common good. And, yes, I still believe there is a common good.

Robin Brown is a former District 27A representative.

Letter: Trump ready to rule in next 4 years

Trump should win the next election in a landslide. He will not even have to campaign. He can devote all... read more