In two months, Albert Lea will welcome its new city manager to his first day on the job. 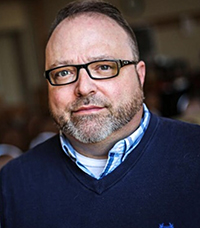 David Todd, city administrator in Pine Island, was selected last week to fill the position vacant since the beginning of June. He will begin with the city Sept. 23.

“I think he’s gonna be a great city manager and we wish him well,” Mayor Vern Rasmussen Jr. said.

His incoming salary will be $120,000, according to City Attorney Kelly Martinez. He will receive 40 hours of vacation.

Martinez said the contract is largely identical to the one it held with Chad Adams, the former city manager who left the city to serve as CEO of the Southwest Minnesota Housing Partnership.

The public works and public safety departments are also looking to bring in new staff, department heads said during the City Council workshop.

Director of Public Safety JD Carlson asked the council to consider adding another community service officer, but one under the purview of the Albert Lea Fire Department. However, he said CSOs would be cross-trained so all three (the Albert Lea Police Department currently has two) could help both departments during busy call seasons.

“The addition of that one person is a force multiplier for both,” Carlson said.

He also suggested redividing the staff time of existing administrative personnel to remove some lower-level matters off the plate of the deputy fire chief.

Carlson said Deputy Fire Chief Jeff Laskowske has his hands full with increased emergency management responsibility, the implementation and management of a policy and procedure management software and an increase in responsibility for state-mandated training hours, which have also increased.

The current administrative assistant is paid for out of the Police Department’s budget, city Director of Finance Kristi Brutlag confirmed. Carlson suggested splitting her time — and compensation — evenly between the fire and police departments. The current fire and inspection administrative assistant would transfer the 35% of her time intended for fire department work to work with the inspection department.

Rasmussen said he felt uncomfortable adding the position before the city knew the cost of running the new fire hall, which is under construction on Newton Ave. He said a 35% time increase for the planning and inspection department seems like a lot more time.

But Carlson said the inspection department would argue it has been understaffed and that the Fire Department has been demanding of its shared employee.

Director of Public Works Steven Jahnke also asked City Council to consider adding a street maintenance worker to the Public Works Department. He said staffing decreases approximately 10 years ago — four retirements and a budget that did not allow those positions to be filled — did not work for the department, which has not returned in numbers to its peak in 2002, at 13 employees and one superintendent. Between nine workers — Jahnke excluded the two mechanics employed by the street department — staff are taking longer, or are simply unable, to complete all the desired tasks. This includes:

Pavement patching Jahnke said was intended to be done by the end of April or start of May. The department still has 50 patches left to complete this year.

Street sweeping in the summer (excluding the downtown area, which is still swept)

Spraying for weeds in the streets and sidewalks

Hauling gravel to the garage. Work crews go to the airport to pick up their gravel, Jahnke said, which works but is not efficient.

Alley maintenance, which Jahnke said should be done between five and seven times a year and, in reality, is being done two or three times.

Sixth Ward Councilor Al Brooks said he sees the lack of what’s being done while he’s driving around town.

The City Council accepted a bid for bonds issued to finance projects that include the Newton Avenue reconstruction, the Clausen Avenue, High Street, Sheridan Street and Giles Place reconstruction project and for equipment and furniture for the new fire station. The true interest cost was 1.8%, which municipal adviser firm Ehlers’ Chris Mickelson said was “a very fantastic result.” A month ago, the estimated interest rate was approximately 2.6%. The sale was significantly below what was estimated, at over $2.5 million. As the bond cost came in lower than predicted, Brutlag said the debt service levy will be lowered accordingly.

The City Council further discussed adding a stormwater fee, which would set aside funding for projects related to flood-mitigation as well as those mandated by the state involving stormwater. The funds are already pulled from property taxes, Jahnke said, and therefore implementing a fee could initially accompany a dip in property taxes, Rasmussen said. The fee would be charged based on the amount of impervious surfaces — surfaces water cannot move through — on a property, and would be applicable to organizations that do not pay property taxes.

The City Council may hold a public meeting regarding the potential fee. It has not made any decisions on implementation.

The City Council approved a 20-year lease to continue use of Snyder Fields. Should the agreement be terminated by the state within the first five years, Rasmussen said, the city would be reimbursed, on a prorated schedule, for investments put into the property.