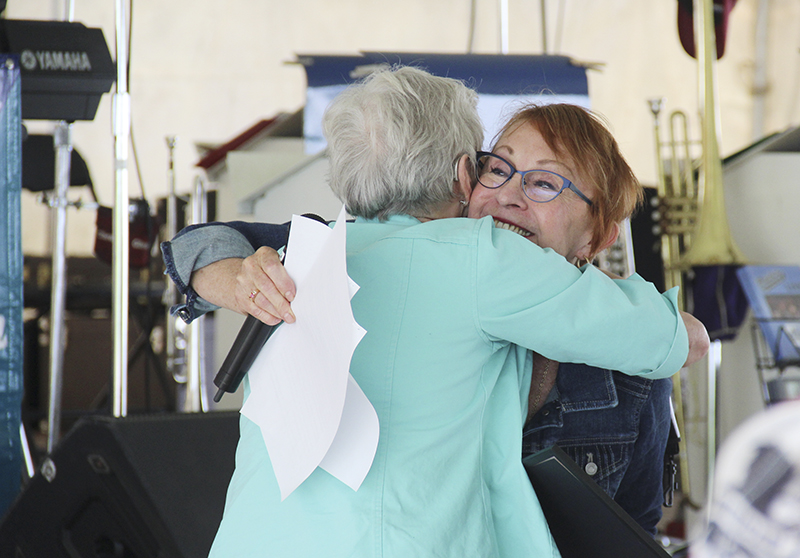 Two residents with a history of giving back to the community were named 2019 Outstanding Senior Citizens of the Year on Wednesday at the Freeborn County Fair.

Popp-Anderson, who was nominated by Bonnerup Funeral Service, said she was honored and humbled to receive the award.

“Judy Popp-Anderson devoted her life and career to helping others — from her time at Fountain Centers, helping people fight addiction, to her working as a mental health therapist, where she spent her time listening to and caring for others when they needed it most,” Eaton said of Popp-Anderson.

“Judy, you are an inspiration to all of us and have set an example of how to give back to the community,” Eaton said. 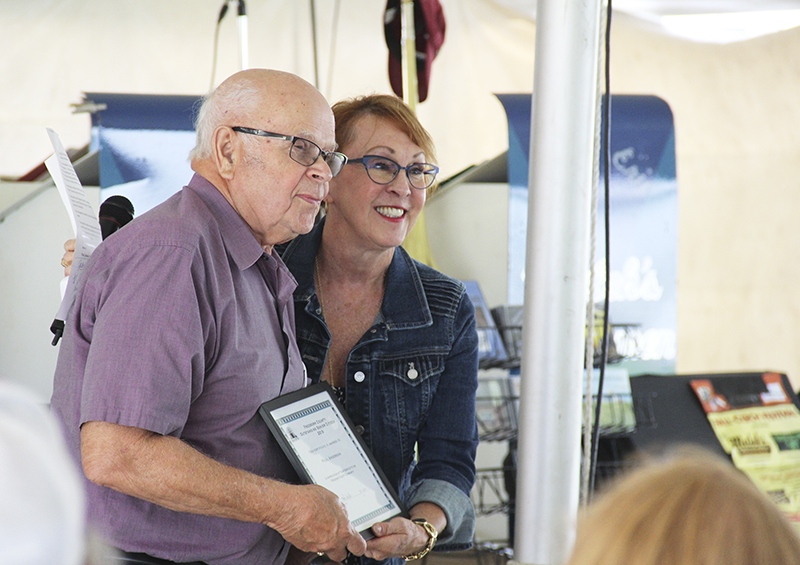 Jean Eaton recognizes Paul Anderson as the 2019 Male Outstanding Senior Citizen of the Year for Freeborn County during a ceremony Wednesday at the Freeborn County Fair. – Sarah Stultz/Albert Lea Tribune

Anderson, who was nominated for the award by Shirley Strand, was born and raised on a farm and has been an active volunteer with many organizations.

He has volunteered for the Freeborn County Historical Museum, Library & Village, served as an officer for the Sons of Norway and served on the Freeborn-Mower Cooperative board, on the Thrivent board and on the Mid-American Dairymen’s Association. He also supports numerous community events, such as the summer outdoor worship services at Myre-Big Island State Park as a lay minister and sings with the Legion Careyaires for Memorial Day.

“Paul never says no and always has a smile, and is willing to help whenever needed,” Eaton said.

Popp-Anderson and Anderson will move on to the state fair along with other winners from all the counties in the state for a chance to be named Outstanding Senior Citizen for the whole state.

After the Outstanding Senior Citizen recognition, the county’s century farms and inductees to the Freeborn County Agricultural Hall of Fame were awarded.

Recognized as Century Farms were the following:

Inducted into the Freeborn County Agriculture Hall of Fame were the following: 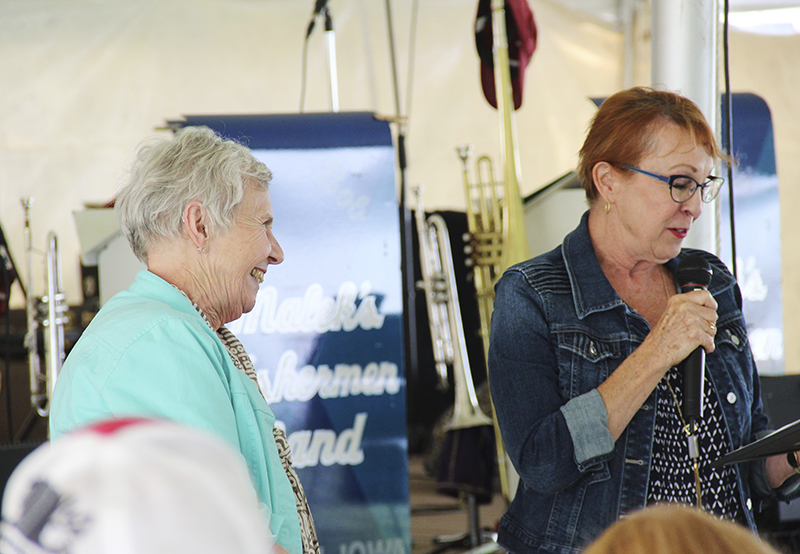 Judy Popp-Anderson is recognized as the Female Outstanding Senior Citizen of the Year Wednesday at the fair. – Sarah Stultz/Albert Lea Tribune