Randall “Randy” Duane Albers, 68, of Wells died Friday, July 19, 2019, at United Hospital District in Blue Earth. A memorial service will be at 7 p.m. Thursday at Bruss-Heitner Funeral Home in Wells. The Rev. Carollee Smith will officiate. Military honors will be accorded. Visitation with be from 5 to 7 p.m. prior to the service. Private family interment will be at Brush Creek Cemetery in Brush Creek Township, Faribault County. Bruss-Heitner Funeral Home in Wells is assisting the family. To leave an online condolence, visit www.brussheitner.com. 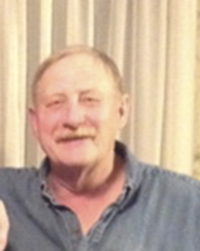 Randy was born Feb. 11, 1951, in Wells, the son of Henry and Lillie (Christensen) Albers. Randy was a graduate of Wells-Easton High School and worked at Gambles before joining the Army in 1975. He was a sergeant E-5 combat engineer stationed in Germany until 1979. Randy worked for 36 years at True Value in Wells. He was a member of the Wells Rifle and Pistol Club and the National Rifle Association. Randy was a firearms safety instructor since 1981. Randy loved the outdoors, hunting, camping, trap shooting and precision lawn mowing. He also enjoyed going for drives.

He is preceded in death by his parents and brother, Dale Albers.

Randy is survived by his siblings Dean Albers of Wells and Rosalie Albers of Bricelyn; five nieces and one nephew; six great-nieces and nephews; and his kitties Wilma, Floyd and K.C.