To show respect for the flag, treat it properly 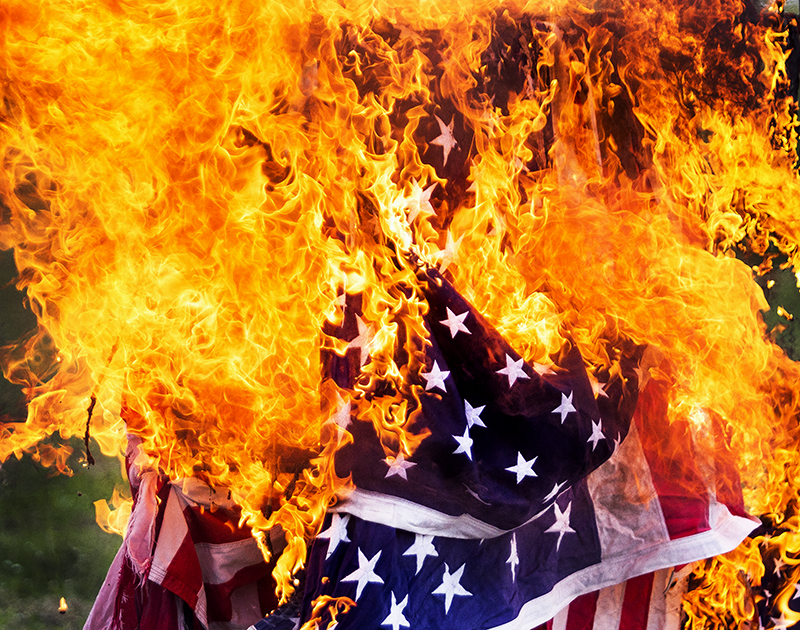 While Albert Lea American Legion Cmdr. Jeff Olson served in the military, he carried around a small American flag at all times, he said.

“That’s what I joined the military for,” he said.

“I know, as a veteran, that flag means a lot to veterans,” he said. “We fight for that flag. We fight … for anybody’s rights for that American flag, and that’s a big deal to us.”

But when a flag becomes faded or torn, it has reached the end of its life, Olson said.

He said to respectfully dispose of an American flag, it must be burnt.

While a person or family can burn their flag, Olson said it must be done in a private ceremony so it is not considered a desecration of the flag.

The American Legion hosts its own ceremony to dispose of old flags, which it collects year-round for the once-a-year ceremony near Flag Day. The fire department is present, as is a flag detail, and the flags are put on a rack and lit. After the ceremony, taps is played.

To care for your American flag during its life, take it in every night unless you have a light trained on it, Olson said. Bring in the flag during storms, and fold it and store it in your home. Keep the flag off the ground.