Travel back in time to see Iowa ‘State Fair’ 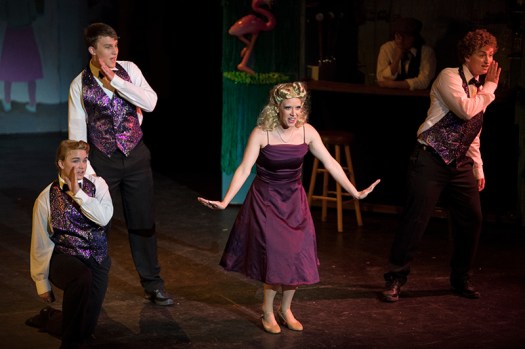 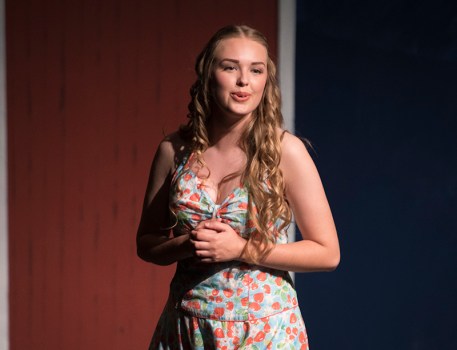 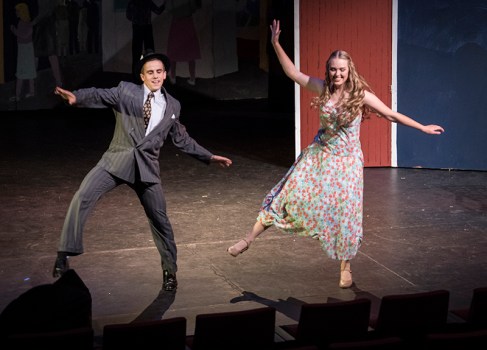 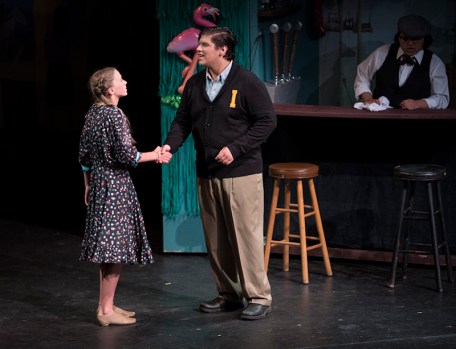 Put down your turkey leg. It’s not that kind of state fair.

Albert Lea Community Theatre is preparing for its yearly musical. This year’s selection, Rodgers and Hammerstein’s “State Fair,” follows a family headed to the Iowa State Fair in 1946. Dad, Abel Frake, is hoping his prize hog, Blue Boy, will win big as a livestock entry. Mom, Melissa Frake, is headed for a blue ribbon with her mincemeat. Their children Wayne and Margy find something other than prizes: love on the Midway.

“This play is really, really comical and heartfelt,” said Jareth Cross, who plays Wayne. “The family — my family — has really gotten to know each other well, and we have a lot of good chemistry with each other.”

While the choreography was rough to start, Cross said, it has come together. Finding appropriate set pieces for the era has also been a challenge, he said.

Director Sue Jorgensen said the musical, accompanied by a live pit, is charming, set close to home and family-oriented.

What especially appealed to the director is the character development.

“Everything that is character-driven is so exciting to me to watch, to read, experience, and this is all about the characters,” Jorgensen said.

Melissa Tovar-Griffith, who plays Melissa Frake, said the audience can expect a lot of laughs, fun and a lot of singing.

“It has a love story in it and it has humor, and it just, it’s extremely entertaining,” she said.

Additionally, the show pulls from a common tradition for many Minnesota families.

“People go to the (state) fair,” Jorgensen said. “That’s an annual trek for a lot of families.”

The show is also a family one in another way: The 40-person cast is full of relatives, Jorgensen said.

Tovar-Griffith and her 10-year-old daughter, Selah, are two such performers. Tovar-Griffith said she tried out for “State Fair” because her daughter wanted to try out but was nervous to do so alone. Now, it is something they are doing together.

More info.: Tickets may be purchased over the phone by calling 1-877-730-3144, online at actonbroadway.com or at the box office.