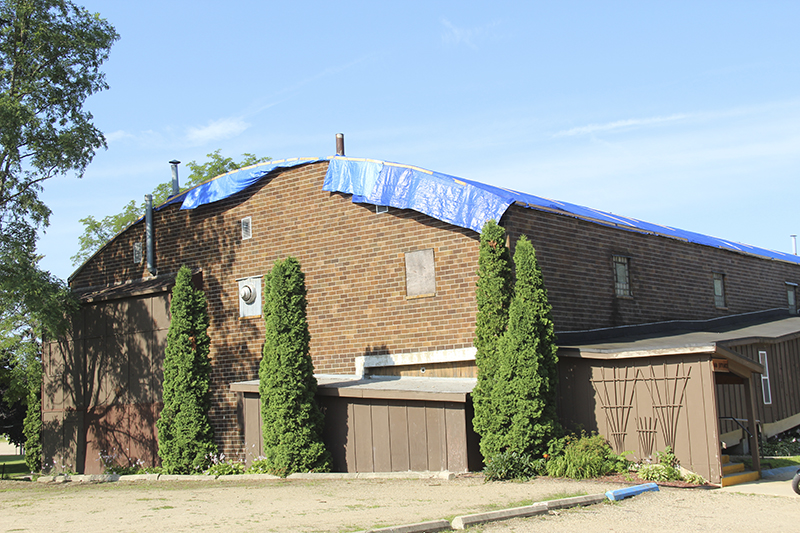 A tarp is over the roof of Albert Lea Vineyard Church as a temporary measure after the storm Saturday ripped off the former rubber roof of the church. - Sarah Stultz/Albert Lea Tribune

In the middle of Rocky Mountain National Park on Saturday, after coming down from the Alpine Visitor Center, Albert Lea Vineyard Church Rev. Matt Hundley knew something was wrong.

His phone had just regained a signal, and he quickly became inundated with messages.

Multiple messages are never a good sign, he said.

He soon found out the church’s rubber roof had been ripped off the building during the heavy wind and rain that morning.

Hundley and his wife, Robin, who were vacationing in Colorado, stayed overnight and then drove home Sunday morning, arriving late that night.

In addition to the roof, the building sustained damage to some of the ceiling tiles, along with stained sheetrock, he said.

Water had poured into the building on the soundboard, but all of the computers were spared and no musical instruments got wet. He is unsure if carpets will need to be replaced.

Some of the church’s leaders had been there right after the storm, moving the chairs to the sides of the auditorium, salvaging equipment and documenting the damage.

“We have a great church family,” he said. 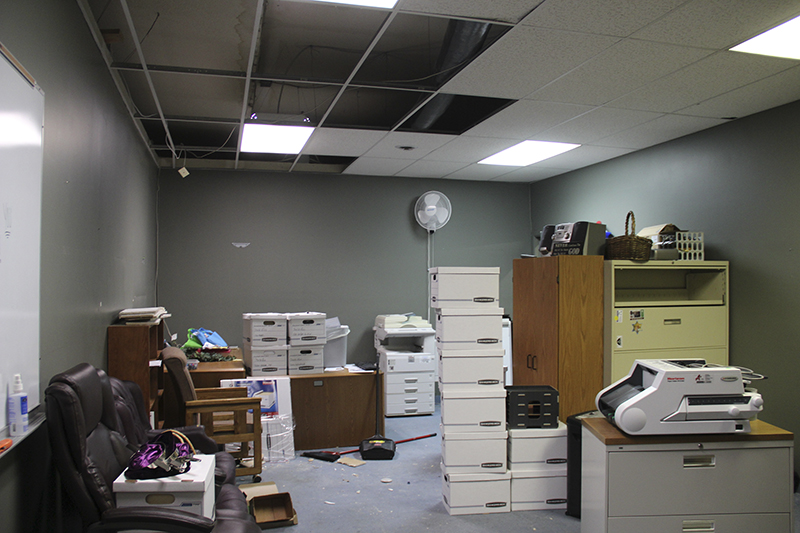 Numerous tiles were stained from water at Albert Lea Vineyard Church after a storm Saturday pulled off the roof of the church. – Sarah Stultz/Albert Lea Tribune

An insurance adjuster was surveying damage at the church Wednesday morning, and Hundley expected to know more in the coming weeks.

The church had just signed a purchase agreement before the Hundleys had left on vacation to buy the building from Margaret Ehrhardt. The biggest concern with buying the building all along was the age of the roof.

He joked that maybe this was God’s way of taking care of that issue for them. The roof was 30 years old.

He said he was contacted by at least a half dozen pastors of other churches, asking if they could offer a place for the Vineyard Church’s congregation to meet.

“I want to tell our community and the pastors I spoke with, thank you,” he said.

He also thanked the Ehrhardt family for working with them during this time.

Though they will not be able to meet in their building in its current conditions or as repairs are made, he said they have decided to instead meet for Sunday services at Edgewater Park. This week, they will meet at the old pavilion near the cottage, and they will rotate between the old and new Edgewater pavilions during August and September.

“The church has always been about the people — not the place,” he said. “We’re excited to get back to the people.”

He described the damages as a “bump in the road.”

“We have been presented an obstacle, but we believe that when God shows up, it will be an opportunity,” Hundley said. 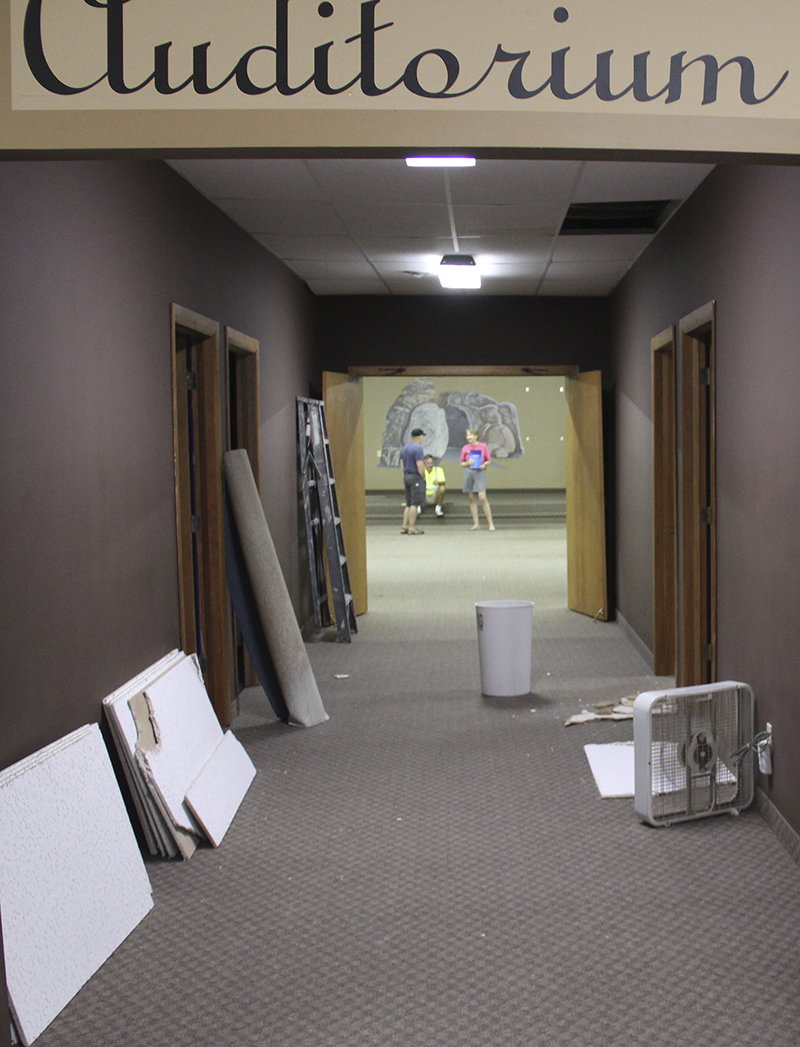 Damaged ceiling tiles and other debris are in the hallway leading to the auditorium at Albert Lea Vineyard Church. – Sarah Stultz/Albert Lea Tribune