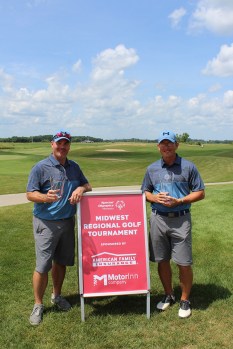 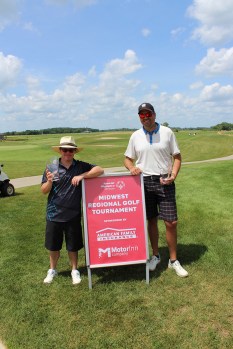 The team of Kaasa/Wuerflein came in second place after a playoff hole to determine the champion. - Provided 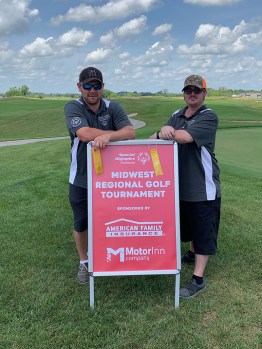 Third place was the team of Johnson/Nelson. - Provided 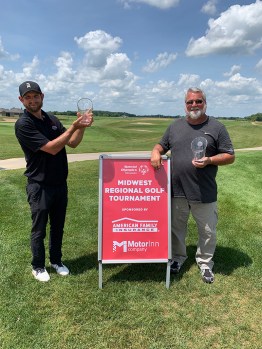 The team of Bugge/Bugge won the consolation flight. - Provided

It was a unified alternate shot competition in match play format. There were 16 teams participating — three local teams and two from the metro area, as well as teams from Iowa, Nebraska and Wisconsin. Teams were bracketed by their submitted scores and played Saturday and Sunday.

Team Kaasa/Wuerflein from Minnesota took second place after a playoff hole with the team of Pease/Pease from Iowa, placing first. Team Johnson/Nelson from Minnesota rounded out the top three. Team Bugge/Bugge from Nebraska won the consolation flight.

The weekend, although warm, was considered a success by all teams, saying they want the tournament to continue and expand, the press release stated.

Special Olympics thanked its local sponsors, Premier Sponsors,  Motor Inn Co. and American Family Insurance, in the release, along with practice facility sponsor Alerus and cart sponsor Innovance and its family of companies.