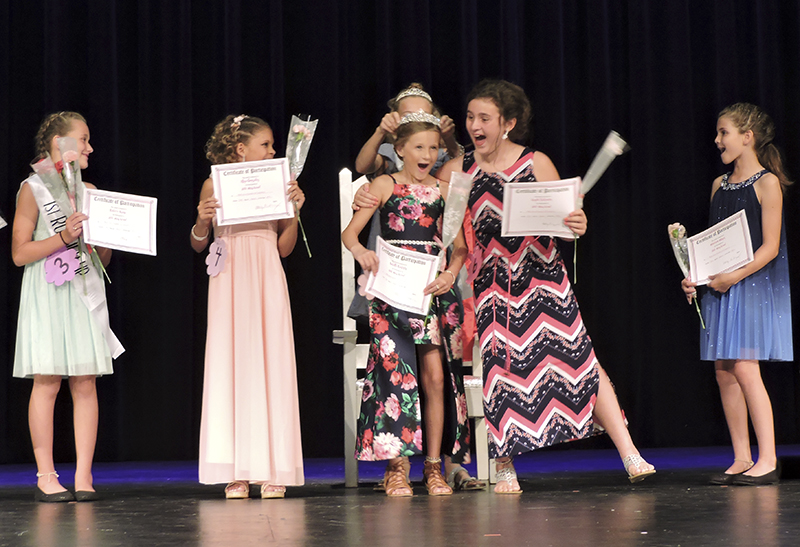 The event is designed to provide girls who have completed the fourth grade with an opportunity to work together with their peers in an environment that promotes self-confidence and an appreciation for individuality, according to a press release. The program also aims to build upon the natural abilities each of the girls already possess.

Nine girls vied for the title of Little Miss Kernel during the program, which included a dance routine with the group, an introduction, participating in a question and answer session and demonstrating a talent onstage.

For the talent portion of the program, five girls performed dance routines, two girls sang, one played piano and another combined gymnastics and dance for her act.

Lauren Mutschler, 2018’s Little Miss Kernel, played the flute as entertainment for the crowd before a 10-minute intermission. This period was allotted to give the judges time to determine a winner, but program director Lacey Hassing noted the voting had to be close, as they were running behind schedule. She filled the void by speaking with the audience until judges chairwoman Brittany Voigt returned with the judges and their picks in sealed envelopes.

Rebecca Kruse, daughter of John and Melissa Kruse, was awarded the Spirit Award, which is voted upon by the participants, not the judges. 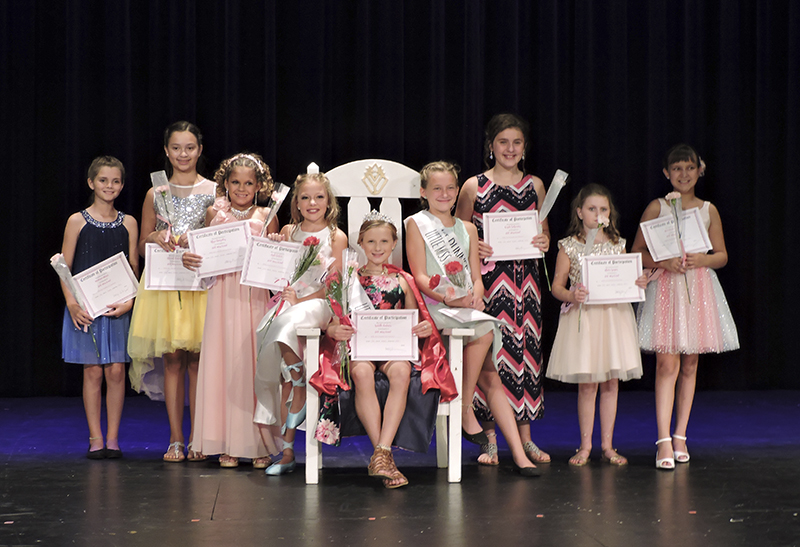 The second-runner up was Ayla Schott, daughter of April Kalis and Jesse Schott. Kruse’s name was announced again, this time as the first runner-up; and Bella Roberts, daughter of Abby and Travis Roberts, was named Little Miss Kernel 2019.

“Even though one girl got the crown tonight, they all deserved it,” Hassing said. “There were 32 girls in this class and nine of them had the courage to be a part of the program. It really is a challenge to get up on stage and put yourself out there like that.”

Hassing knows from experience. She is a former Little Miss Kernel and was named Wells Area Distinguished Young Woman in 2012.

As a result, she said she had a plan of action when she first started her role as director three years ago. She believed the program could complete its mission while still being fun and remembering that the girls in the competition are only 10 years old.

Kirstyn Wegner, mother of Little Miss Kernel participant Nadia Wegner, said her daughter loved working with Hassing in the program and credited the director with keeping the competition fun and supportive while getting the girls out of their comfort zones.

Other girls who participated in the program were Nevah Roberts, Niya Gonzales, Kaylee Schroeder, Madison Meyer and October Roberts.