The 12th annual Big Island Bar-B-Que, a Kansas City Barbecue Society-sanctioned state championship, will be Friday and Saturday at the Freeborn County Fairgrounds in Albert Lea.

There will be a Kids Que as well as a steak and chicken wing cookoff Friday. The public’s choice chili and wing contest starts at 6 p.m. Friday and lasts until the food’s gone, with it costing $5 per person for each category to vote for favorites. Additional menu offerings for sale will be barbecued ribs, pulled pork, stuffed baked potatoes, funnel cakes and more. The Bar-B-Que has also been selected as one of six cookoffs nationally to host a smoked turkey challenge, according to the event’s website. Red Devil Rock Combo and 34th Infantry Division will provide entertainment from 1 to 4 p.m. Saturday, and there will be a flea market on the grounds. There is no admission fee for the event.

The American Legion Riders will head to Waseca to ride in Caleb Erickson’s Memorial Run this weekend. The ride is open to the public and all street-legal vehicles. Those riding a motorcycle in the run can participate for $20 plus $10 for passengers, and cars can participate for $20. Registration will open at 7:30 a.m. Saturday, with the ride taking off at 9 a.m. from the Albert Lea American Legion. Local activities at and in front of the Legion in downtown Albert Lea will run all day Saturday, and will include street vendors, children’s activities, a silent auction and food and drinks for sale. Live entertainment will be provided by Flashback from 4 to 7 p.m. and by Wicked Renegades from 8 p.m. to midnight. Proceeds from the event will go toward the Legacy Scholarship, Beyond the Yellow Ribbon and other veterans organizations.

3. Movie in the park

The public is invited to attend a free showing of “Mary Poppins Returns” at 8 p.m. Friday near the Edgewater Park bandshell in Albert Lea. Those attending are welcome to take a seat on a bench or bring their own seating.

Self-described as a “string band founded by a horticulturist, cultivated by classically trained musicians and fueled by a vocalist/bass player who is also a hip-hop producer with a fondness for the Four Freshmen,” Old Salt Union considers itself to be a “collision of styles and musical vocabularies that informs their fresh approach to bluegrass and gives them an electric live performance vibe that seems to pull more from Vaudeville than the front porch.” Old Salt Union will perform at 7 p.m. Friday at Bend in the Road in Manchester. Those attending are advised to get their tickets sooner rather than later, as there is a limited amount.

The Vogts Sisters, a Kansas duo acclaimed by the International Acoustic Music Awards, will bring their act to Albert Lea this weekend. The duo has “over 30 original songs that fit seamlessly into their acoustic Americana/folk act, blending timeless music with sweet sister harmony,” according to a press release. A few of their musical influences are Alison Krauss, Emmylou Harris and Gillian Welch, the release stated. The Vogts Sisters will perform from 7 to 9 p.m. Friday at The Interchange in downtown Albert Lea. 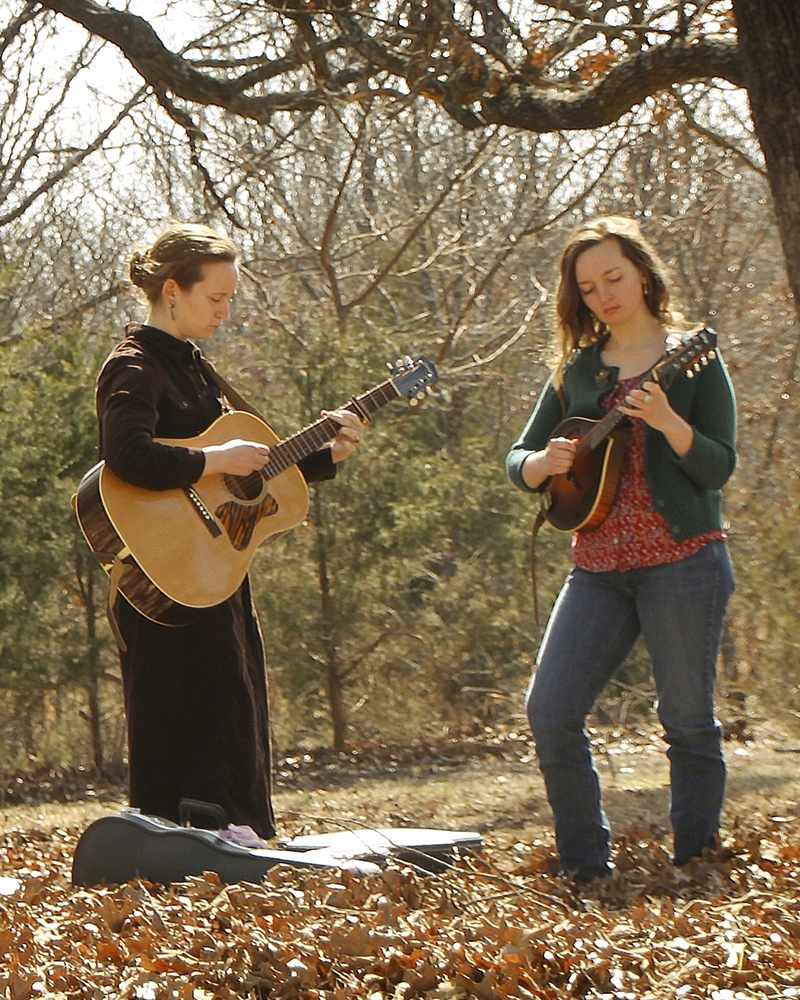 The Vogts Sisters will perform from 7 to 9 p.m. Friday at The Interchange in downtown Albert Lea. – Provided