Shelly (Radue) Ibach, president and CEO of Sleep Number Corp., has been selected as the business and economics recipient by the Albert Lea Education Foundation. She will be one of four honored at the Pathways to Success banquet Sept. 12. 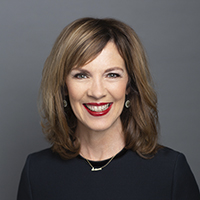 Ibach graduated from Albert Lea High School in 1977. She is the daughter of Harley Radue, a former business owner in Albert Lea.

According to a press release, Ibach honed her instincts as an expert retailer and brand developer during her 25-year tenure at Target Corp. and Macy’s.

Ibach was named Minneapolis/St. Paul Business Journal’s 2019 Executive of the Year and received the EY Entrepreneur of the Year 2019 Award in the Heartland area on June 27 at Children’s Theatre Co. in Minneapolis.

According to her biography on the Sleep Number website, Ibach currently serves on the executive committee of the Minnesota Business Partnership. She was previously on the board of trustees for Goodman Theater in Chicago and as a retail associate advisor for her alma mater, the University of Wisconsin-Stout.