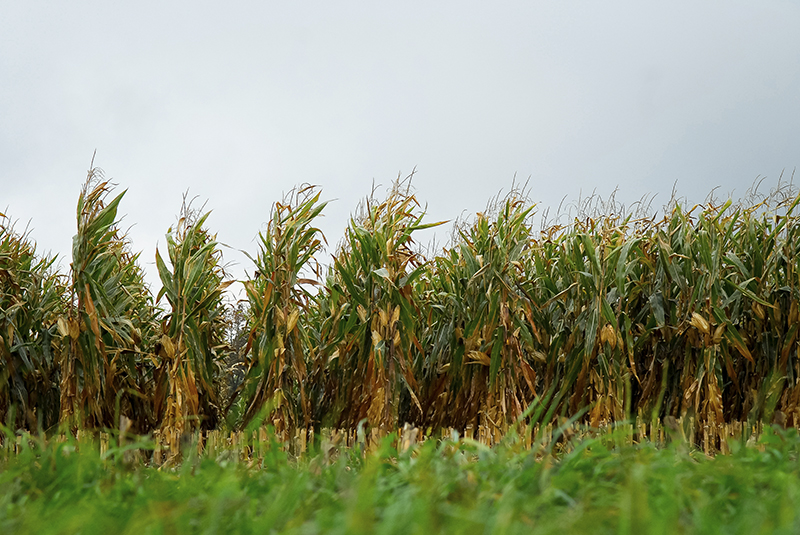 Restrictions on fall nitrogen fertilizer application begin in designated areas in September. Freeborn County does have locations to which the restrictions apply. - Provided

Statewide efforts to reduce nitrate contamination in groundwater mean some Freeborn County farmers will have additional regulations to follow when applying fertilizer.

The Minnesota Department of Agriculture instituted a new Groundwater Protection Rule in June, but regulations begin in 2020, according to a press release from the Minnesota Department of Agriculture. The rule restricts nitrogen fertilizer use in the fall and on frozen soils in parts of the state that have vulnerable groundwater — areas where nitrate can easily move through the soil to groundwater — and in areas where there are public wellheads, also known as drinking water supply management areas.

Of the nitrogen sold, the MDA estimates 94% to 95% is applied to agricultural crops.

According to the MDA, extensive research shows nitrogen fertilizer can infiltrate the soil and make its way to groundwater. Of the contaminants in Minnesota’s groundwater, nitrate is one of the most common, the MDA said. It can cause health problems for humans, as groundwater is often used to provide drinking water. The U.S. Environmental Protection Agency standard for nitrate in drinking water is 10 milligrams of nitrate per liter of water. Nitrates in drinking water at or below that level is considered safe for everyone to consume, the Minnesota Department of Health said.

Nitrate is a problem in some parts of the state, but not in others, said Minnesota Department of Agriculture’s Larry Gunderson. Gunderson works with pesticide and fertilizer management. The statewide map showing fall nitrogen fertilizer application restriction areas largely lean toward the east end of the state, but there are areas in Freeborn County that the restriction applies to. Based on the area, Gunderson said those areas are likely home to coarse-textured soils. Other determining factors in groundwater vulnerability include karst geology — prominent in southeast Minnesota — and shallow bedrock.

Areas with finer-textured soils tend not to cause problems for nitrates in groundwater, he said.

Areas west of Emmons, surrounding Glenville down to the Iowa border, west of Myrtle along the county line, northwest and east of Hayward, southeast and east of Hollandale, west of Geneva, northeast of Clarks Grove, west of Manchester and inside and north of Albert Lea all contain regions to which the fall nitrogen fertilizer restrictions will apply beginning Sept. 1 and, due to regulations on fertilizer use on frozen soils, will carry through to the spring season.

However, no areas in Freeborn County will be subject to additional mitigation efforts because of the current levels of nitrate in drinking water supply management areas.

The rule has two parts: one that involves the fertilizer restrictions and another with mitigation efforts for places in which the drinking water supply management area already measures at 8 milligrams per liter — or more — of nitrate, Gunderson said. Based on their location, farmers could have to comply with one part of the rule, both parts or not at all if their land is not identified as an area needing such efforts.

The second part of the rule includes four mitigation levels. The first two are voluntary, and the third and fourth are regulatory, according to the MDA. Gunderson said the MDA wants farmers in the area to be involved in helping solve the problem. Everyone begins on a voluntary level and has three years to make progress.

Gunderson said the Minnesota Department of Agriculture has been working on promoting nitrogen fertilizer best management practices, and, in general, they tend to be adopted. Additionally, in vulnerable areas, he suspected a lot of farmers already do not apply nitrogen fertilizer in the fall because they are afraid of losing it.

“But there are probably some that do,” he said.

To more specifically identify which areas in Freeborn County are affected by the fertilizer restrictions, visit the Minnesota Department of Agriculture’s website and look for its fall nitrogen fertilizer application restrictions map.