Cover crops are moving in from the fringe 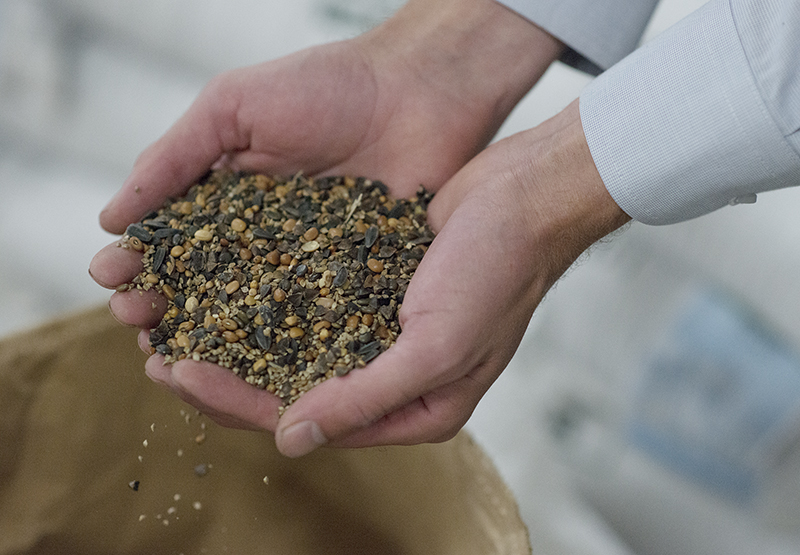 In recent years the use of cover crops on farmland throughout the Midwest has been slowly but surely growing in popularity. By helping to eliminate soil erosion, fix nitrogen levels and maintain nutrients within the soil, cover crops are providing farmers new ways to help build their ground back up after being decimated by years of damage.

However, farmers are still reluctant to change their cropping rotation to add a crop that is not usually harvested for profit and may not show a positive impact on soil quality until years after the initial plant.

The slow growth can be attributed to a number of factors, including the lack of planting equipment for a new crop, the cost of planting usually unharvestable crops, the pressure from fellow farmers and the lack of available knowledge on the subject. According to agronomist and organic lead at Albert Lea Seed Matt Leavitt, however, the later two issues are starting to become a nonfactor.

“There’s a lot less question marks about using cover crops now,” Leavitt said. “Even in Freeborn County, there’s a really active soil health team that coordinates with local farmers that have been using cover crops for a long time. They are lowering the educational barriers for new farmers to enter into it and feel comfortable. I think it’s definitely a lot more socially acceptable and much less fringy than it used to be.”

Especially with the amount of prevented planting acres being claimed this season, the idea of cover crops has leapt into the forefront of the farming world of the Midwest.

What are cover crops?

Simply put, cover crops are a crop that covers the soil with the intention of providing a specific endgame for the conservation of the soil. According to a cover crop specialist at Albert Lea Seed, Margaret Smith, any crop can be a cover crop. Depending on which family of cover crop a farmer uses, they can have a range of effects on the soil. From fixing nitrogen, protecting from erosion, competing with weeds and enhancing water filtration, there are a number of benefits cover crops can have.

What do they do?

Leavitt grouped cover crops into three main categories, with each specializing in a different aspect of improving the soil quality. The largest grouping is the grass family. Including plants like ryegrass, oats, barley and buckwheat, the grass cover crops are especially good at weed suppression, building and maintaining soil structure and can be used as livestock grazing.

Winter rye, the most popular cover crop at Albert Lea Seed and throughout the Midwest, is the best crop when rotating from corn to soybeans. Due to its adaptability, winter rye can thrive in nearly all soil types and can be planted as late into fall as the first snowfall.

The second grouping is the legumes, which specialize in fixing nitrogen in the soil.

“There’s legumes, which fix nitrogen,” Leavitt said. “They create a symbiotic relationship with bacteria in the soil to basically make atmospheric nitrogen more available in the biological form. That would be things like clover, hairy vetch, peas.”

The final group of cover crops is the brassicas and broad-leafed plants. This family includes rapeseed, radishes, mustard seed and kale. On top of being excellent scavengers for nutrients in the soil, brassica cover crops act as a biological pest control, weed suppressant and biofumigant.

Within each of these families, the crops can again be broken down into different groups based on which time of year they are best suited for, how much water they need and what crop they are best suited to follow. There are a wide range of combinations that can be applied based on the goals of the individual farmer.

How to get started

A big factor in starting a cover crop rotation is putting in the time and research necessary to make the change in current practices. Farmers may need to alter their herbicide practices, the timing of their planting or their rotation all together.

According to Freeborn County Natural Resources Conservation Service soil scientist Myles Elsen, it can take a couple years for some farmers to finally make the decision.

“It takes a farmer about two years of really gaining interest and researching how they would implement cover crops in their farm management before they decide to pull the trigger,” Elsen said. “Then, when they do some acres they’ll do 80 or less to try and experiment with that. Depending on how that year goes, sometimes the next year you’ll see them do 500 acres if it went really well.”

There are five main questions when deciding on what cover crops are best for a farming system, according to Albert Lea Seed.

When is the planting gap? How long is the gap during which the soil would be uncovered? Which months/seasons?

What is the next crop? Determine the next crop to be planted and when it will be harvested. Think about the level of fertility needed, what management practices need to be performed and if their are any herbicide restrictions.

What is the method of planting? Identify the available planting equipment to determine when  and how the cover crop would be seeded: broadcasting, aerial, highboy, drilled, interseeded, etc.

Which cover crops fits your need? Choose a cover crop species or mix that fits the requirements of the farm, field or rotation. Make sure it fits within a budget. 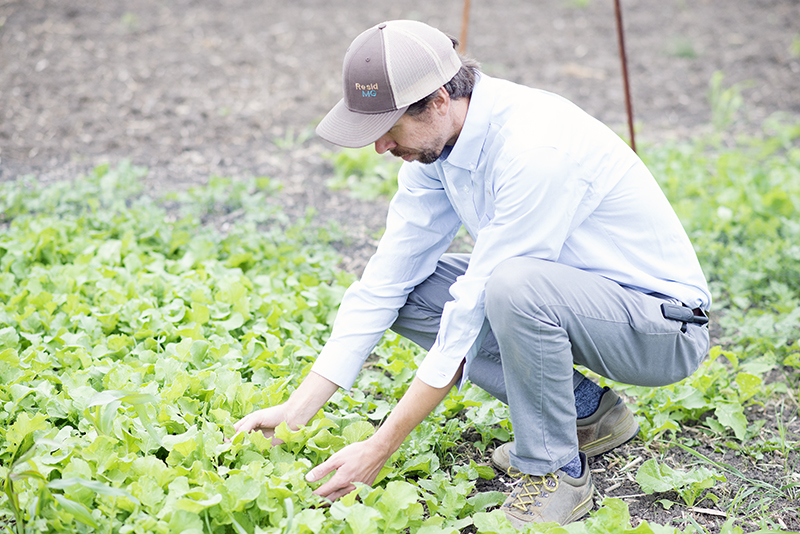 While there are many benefits to using cover crops, there are a few difficulties that come along with them. Finding the time to plant in a tight rotation window and having the right equipment to plant the cover crops are common problems. However, two of the most prevalent problems farmers see is integrating additional practices into their farm management and the skepticism about a program that may take many years to show results.

According to Smith, it can be daunting spending money on crops that go unharvested and may not show any positive results for three to five years into the future. While the evidence is out there to support the impacts, it can be difficult for some to invest in such a long-term investment.

Even with the changes to a farmer’s normal routine and added farm management, the endgame is going to be worth it, according to Elsen.

“Cover crops do take more management,” Elsen said. “I’m not going to say that it saves people in that department. You might need to change your tillage practices. You might have to change a lot of things, but it’s going to help your resiliency and overall soil health down the road.”

For farmers interested in beginning a cover crop rotation, there are federal and state cost share programs available.

According to USDA soil conservationist Joel Alicea-Hernandez, over 5,000 acres of land through three different programs have been approved for federal financial assistance in Freeborn County.

Of that land, 2,800 of those acres were approved in the Conservation Stewardship Program, which incentivises farmers to improve resource conditions of their land.

The Environmental Quality Incentive Program-Regional Conservation Partnership Program is responsible for 1,040 of those acres, which provides assistance through partnership programs between the Natural Resources Conservation Service and its partners.

The final 1,190 acres come from Environmental Quality Incentive Program-Fallow Fields, which is only available during years in which there is a lot of prevented planting acres due to wet field conditions.

There is also a state program available through the Freeborn County Soil and Water Conservation District.

“The federal side is going to have more funds available to do bigger acres and cover more area with more dollars, whereas the SWCD is state,” Zeitler said. “We get less money so we like to do less cost share, but spread our dollars out through multiple customers.”

All of these programs can be applied for at the USDA office in Albert Lea.

Aside from the cost share programs, the team at the SWCD are also available to help the farmers with knowledge of their own.

“We have our cost share programs here, but farmers can still come in and we will assist them even if they don’t want cost share,” Elsen said. “If they want suggestions, ideas and things like that, we can provide that assistance free of charge to them. They can just utilize our knowledge and our network of people that we know are successfully doing cover crops. We can help them just get to know what’s out there.”