Dick Herfindahl: Spending a short weekend at the cabin 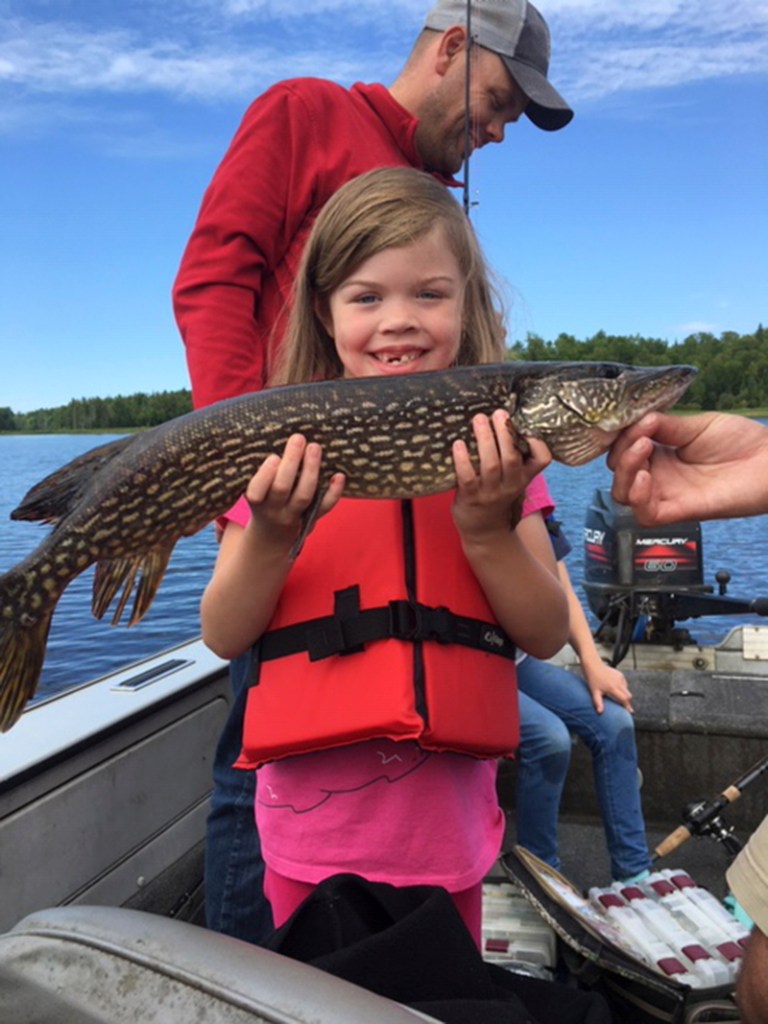 Ava Herfindahl, granddaughter of Dick Herfindahl and Dylan’s sister, shows off a nice northern they caught while fishing a small lake near their cabin. - Provided

This past weekend I journeyed up north to the cabin with son Brad and my granddaughters Emma and Ava. The Friday before we left I wasn’t feeling quite right but early Saturday morning we headed out. I never felt 100% but getting to the cabin always makes me feel good. The girls decided to replace the “how many more miles “question with “how much longer?”

We were meeting Brad’s son, Dylan, his girlfriend, Kloe, and their friend Liam at the cabin. They were coming up from St. Cloud where they all attend St. Cloud State.

After we were settled in, I found that about all of the ambition that I could muster was to fill the bird feeders and settle down in the easy chair and enjoy the view. Once they had eaten, Dylan, Kloe and Liam took our small boat and headed to a little lake just a couple miles from our cabin. While that was going on, Brad took Emma out on our little lake to do some fishing while Ava stayed with me and played with toys.

While they were gone I just sat in the chair being kept company by Kloe’s dog, Yuri, who is the most laid back Norwegian Elk Hound I have ever met. Occasionally, Yuri would get to his feet, walk over and put his head on my lap, get petted, and then go and lay back down on the floor nearby. What a neat dog, you never hardly noticed that he was around the whole weekend.

Brad and Emma returned from fishing with a report of a couple of bass and a couple perch caught and released. Brad said that fishing wasn’t as good as he remembered it from last year. I told him that the fishing had died off about this time last year and picked up again in the fall.

That evening he took both girls out and they had a blast casting rubber frogs and watching the small bass attack their lures. 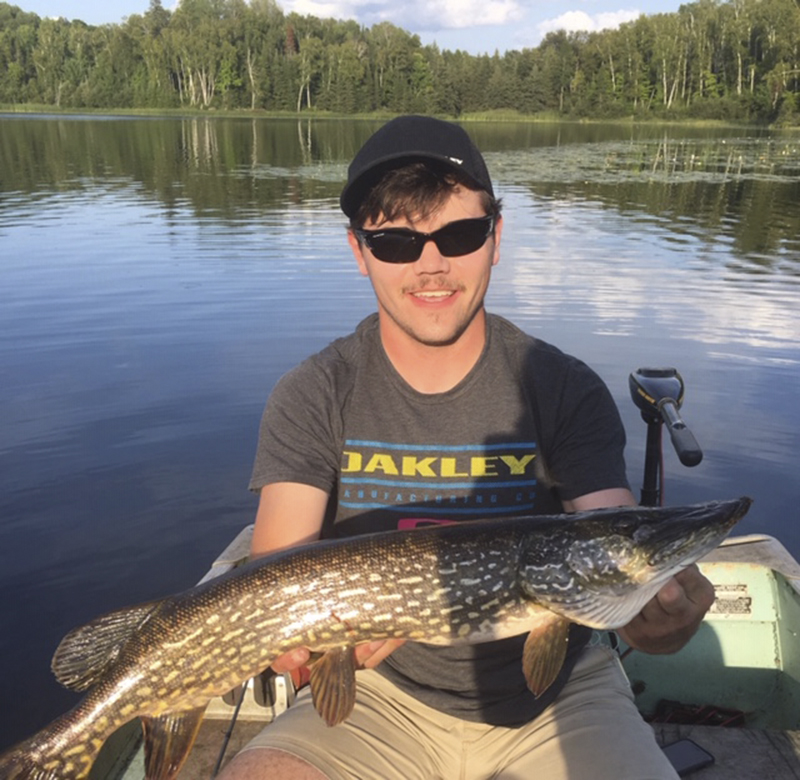 Dylan Herfindahl is shown holding a nice northern he caught on the small lake near the family cabin. – Provided

Dylan’ Kloe and Liam returned from their trip with news of catching big pike and bass. Dylan said he’d like to take everyone in the big boat back in the morning, Dylan has fished with his dad and myself since he was old enough to hold a fishing pole. He loves fishing for pike, bass and also fishes for an occasional musky. The next day we awoke to rain so we all got to listen to Dylan’s snooze going off every 10 minutes.

Around mid-morning it cleared off and around noon everyone went fishing. That left Yuri and I holding down the fort, I think that Yuri might have moved a couple of times when he was seeking out a pat on the head or looking for another place to rest.

Once the fishermen returned they had a lot of fish tales of catching nice pike. Everyone had a blast and the girls enjoyed watching others catch fish as much as catching them themselves. It is times like this that make great memories that will last a lifetime.

Dylan has fished that particular lake often and he says the lake is loaded with big pike this year. He and I went to the same lake about three years ago. I told him we would try trolling deep water which was a tip that I’d gotten from my neighbor at the cabin nearby. We trolled deep divers over 80 feet of water and would catch fish coming out of 60 to 45 feet. We caught some beauties that day and had a blast. I had never fished like that before so it was a new experience. This weekend Dylan trolled the lake looking for pockets where he would stop and cast and it worked quite well him.

We made a spur of the moment decision to go home when everyone else did and in a flash we were packed and gone. Emma told her dad that she wanted to stay a couple of more days and I felt bad that I was the reason that we left. There will be another time Emma, I promise.

Please remember to keep our troops in your prayers. We must not let ourselves forget those who are still putting themselves in harm’s way so we can enjoy all of the wonderful freedoms we have today.