Donald E. Roberts, 84, of Albert Lea passed away peacefully in his home Friday, Aug. 9, 2019, surrounded by his family. 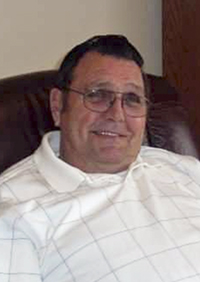 Donald was born Oct. 6, 1934, in Clarks Grove to Axel and Florence Roberts. Don served in the military and was stationed at Fort Belvoir, Virginia. Don spent most of his life as a carpenter and one of his proudest accomplishments was supervising the construction of the hospital in Albert Lea in 1974. He also built two of his family homes and his beloved cabin on Woman Lake.

Don and Karen were married June 19, 1957, at St. Theodore Catholic Church, and they loved and took care of each other for the next 40 years. He was a loving husband and father, and always made sure his children were well taken care of. Don also enjoyed raising German shepherds, watching Andy Griffith and fishing on the lake with his brother, Laverne.

He was preceded in death by his wife, Karen, in 1997; his parents Axel and Florence; his sister, Harriet; and his brothers Dick, Milt and Laverne.

Don will be remembered by his loved ones for his sage advice and wisdom. He was also known by his entire family as the guy who could fix anything.