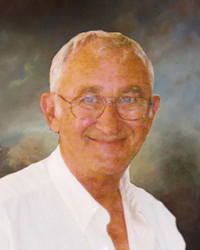 Funeral services will be at 11 a.m. Saturday at Dobratz-Hantge Funeral Chapel in Hutchinson. Interment will be in Rosehill Cemetery in Wells. Visitation will be  from 4 to 8 p.m. Friday at Dobratz-Hantge Funeral Chapel and will continue one hour prior to the service Saturday. The Revs. Janine Olson and Harvey Pedersen will officiate. The organist will be Jim Nelson. Soloist DeAnne Harsucher will sing “On Eagle’s Wings” and congregational hymns will be “Amazing Grace” and “May the Circle Be Unbroken.” Casket bearers will be nieces and nephews Mike Dzick, Heather Dzick, Dean Brandt, Cole Pearson, Louise Voss, Beth Brandt, Cody Pearson, Amelia Peasley, Sara Hegerle and Debra Pedersen-MacDonald.

Eugene “Gene” Harold Brandt was born Feb. 3, 1943, in Albert Lea. He was the son of Harold A. Brandt and Velma F. Callahan. Gene was baptized as an infant and was later confirmed in his faith as a youth, both at Good Shepherd Lutheran Church in Wells. He received his education in Minnesota Lake, and was a graduate of the Minnesota Lake High School class of 1961. He furthered his education at St. Olaf College in Northfield for one year until he transferred to Minnesota State University in Mankato, where he received a Bachelor of Science degree in education.

During college Gene achieved a black belt in karate and taught self-defense to women. He also entertained and performed over 110 skydiving jumps in front of crowds, which helped him pay for college. Later on, Gene went back to school while working and achieved his masters degree in curriculum and instruction, and also a third degree in educational administration at Mankato.

On Aug. 20, 1966, Gene was united in marriage to Betty Pedersen at Peace Lutheran Church in Ruthton. This marriage was blessed with three children, Kathleen, Ann and Thomas.

Gene and Betty resided and worked in several towns in Minnesota, including Gibbon, Ruthton, Alden, Canby, Grand Rapids, Henderson, Big Fork and Sleepy Eye. In 2015 they made their home in Hutchinson. Gene and Betty shared 53 years of marriage together.

Gene started his teaching career as a chemistry, history, geography and physics teacher in Gibbon for 16 years. While in Gibbon he also coached football, ran the chess club and helped found the first responder rescue squad with the fire department. He was then employed as a principal in Ruthton for three years and he helped found its first responder rescue squad, too. Gene was the superintendent in Alden, curriculum coordinator in Canby and then a principal in Henderson until the school closed. He then became principal in Big Fork until taking a position as the director of instruction in Sleepy Eye. He retired from Sleepy Eye at the age of 55.

Gene loved to joke around and was a great storyteller. He enjoyed fishing, John Deere tractors, drinking coffee, and reading and writing. He especially enjoyed spending time with his family, grandchildren and friends.

Gene is survived by his wife, Betty Brandt, of Hutchinson; children Kathleen Brandt-Rucker and her special friend, Johann Sonnenberg, of Pine Island, Ann “Annie” Kosel and her husband, Kirk, of Hutchinson and Thomas Brandt and his wife, Rachel, of Nashville; grandchildren Grace Rucker, Matthew Rucker, Olivia Kosel, Addison Kosel and Julia Kosel; mother, Velma Brandt, of Hutchinson; sisters Nadine Dzick of Madison, Wisconsin, and Gloria Pearson and her husband, Trent, of New Ulm; brother, Harlan Brandt, and his wife, Karen, of Black River Falls; brother-in-law, Harvey Pedersen, and his wife, Marlene, of Lamberton; nieces and nephews; and many other relatives and friends.

Gene is preceded in death by his father, Harold Brandt; father and mother-in-law Harry and Jennie Pedersen; and brothers-in-law James Pedersen and Donald Pedersen.

The family invites everyone to the luncheon at the funeral chapel immediately following the funeral service.

Arrangements are by Dobratz-Hantge Chapels in Hutchinson. An online obituaries and guest book are available at www.hantge.com.