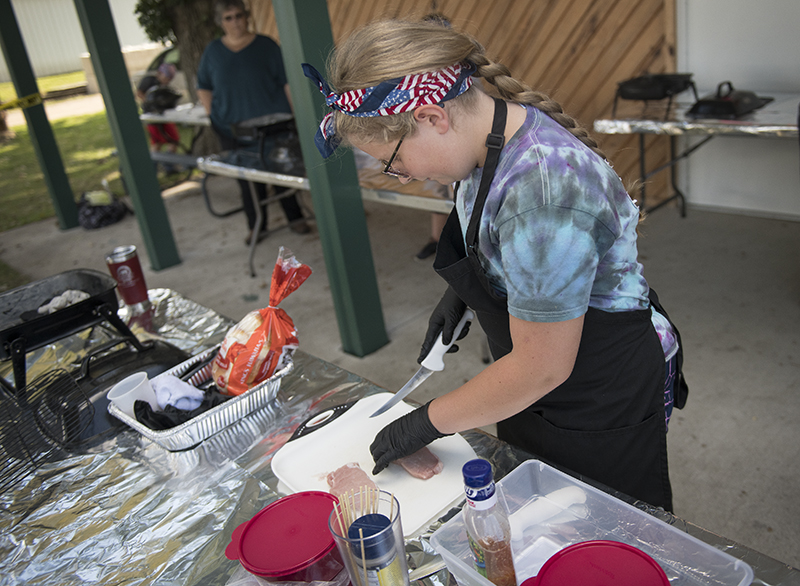 Competition heats up for children at Big Island Bar-B-Que

“This is the stressful part,” Greg Muhs tells his child as they carry those three hot dogs, — painstakingly dressed in ketchup, mustard, pickles, peperoncini, tomatoes, salt and pepper and polka dots of barbecue sauce and nestled into their buns — through the grass and across the road to the Fairlane Building.

At Freeborn County Fairgrounds, the children are cooking dinner.

This weekend is the 12th annual Big Island Bar-B-Que, which has hosted a Kids Que competition for five of those years, said Big Island Rendezvous board member Dick Dahlen. Dahlen ran the Kids Que with his sister, Linda Shores.

This year’s competition had 14 competitors sign up, Dahlen said. This number is standard for the Kids Que, and most of the children tend to be the sons and daughters of competition barbecue team members.

The children are given the meat and a portable coal-powered grill to use and sectioned off together. Dahlen said this is to make sure the children actually get to do the cooking. And what they come up with is creative, Shores said. 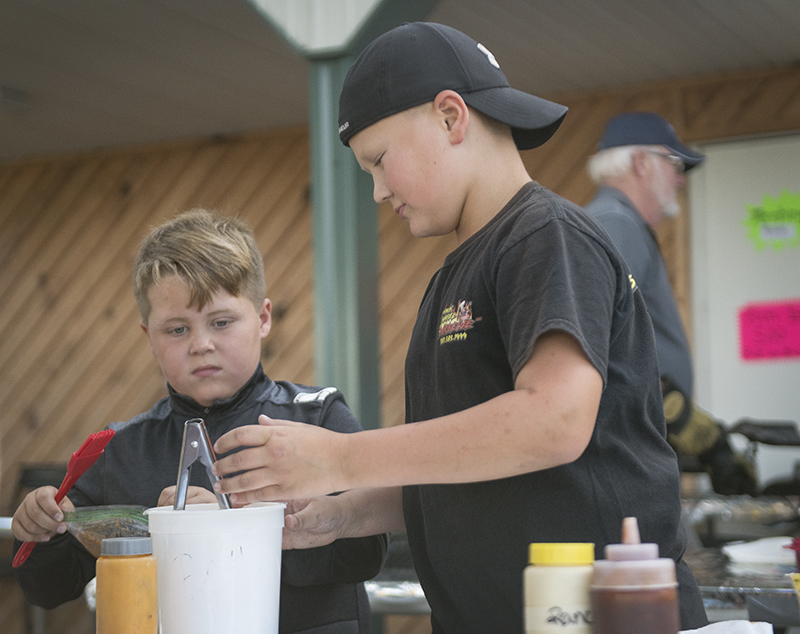 Kids Que contestants could either make hot dogs or pork chops, depending on their age group. – Colleen Harrison/Albert Lea Tribune

“They watch too much of the Food Channel,” Dahlen said.

Greg Muhs is a competition barbecuer from Chaska.

Walter Muhs attends some of the competitions with his dad and just became old enough to compete by turning 7 this month.

Walter Muhs said he wanted to have fun.

For Brandon Yuker, who billed himself as 11 to prepare pork chops, this was his second competition. At his first, Minnesota in May in Cambridge, he took second place.

“He just loves cooking and wanted to try it on his own,” his mom, Cassie Yuker, said.

Brandon Yuker said he felt good about how his pork chops came out.

“I like doing competitions, and my dad and my mom do competitions like this all the time,” he said.

Piper Kuckert, 10, prepared hot dogs with a small helping of spiced pulled pork and pickled coleslaw on top. Her father does steak competitions, and her grandparents are barbecue referees, she said.

She has done several barbecue competitions for children and wanted to do another.

“I like having fun cooking and trying new ideas,” she said.

On the other side of the competition ground, the Muhs prepare to eat a spare hot dog. 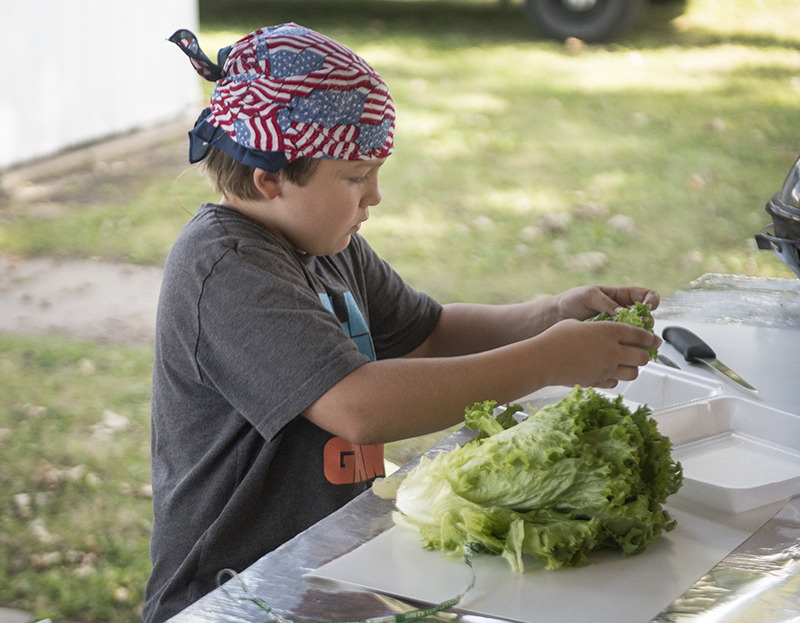