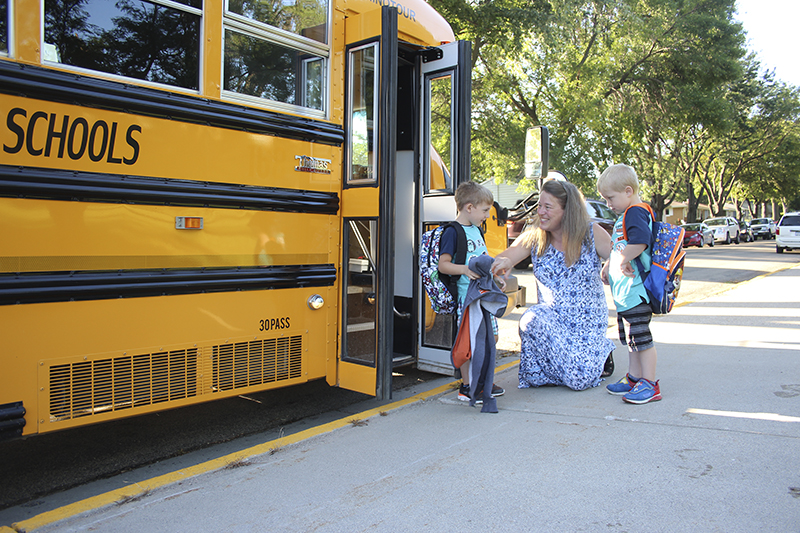 Students disembark from the bus Monday morning at Halverson Elementary School for their first day of the school year. - Sarah Kocher/Albert Lea Tribune

While the leaves are still green on the trees, the official hallmark of fall has come all the same.

For Albert Lea students, it is time to go back to school.

At Halverson Elementary School, students streamed in the east door off Todd Avenue — the door parent Emily Baseman said parents were already encouraged to use before construction thanks to the proximity of the playground — as the west entrance sported signs of the construction that will bring the school a larger gymnasium and a new front office.

The expansion comes as part of a referendum passed in May 2018.

Halverson Elementary School Principal Tonya Franks said the school will continue to use all five entrances as well as the entire building. The only exception is the gymnasium, which as of last week was on time for completion in mid-November. Physical education classes will occur in the cafeteria or, as weather permits, outdoors, Franks said.

“We’re super excited for the first day of school,” she said. “Looking forward to having our students back in the building and for a great year of learning.”

She asked parents and teachers to continue to be patient during construction. 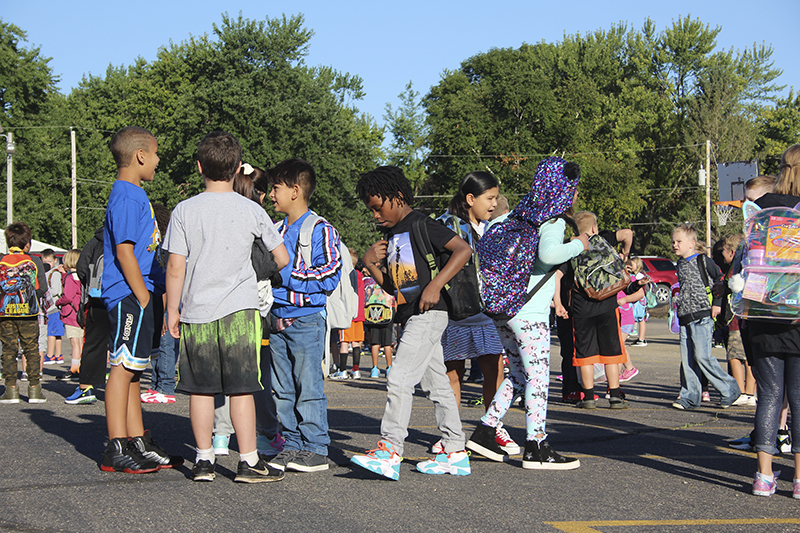 Standing on the sidewalk before school started, first grader Zachary King, 7, said he was nervous this year would start like the last one: playing a little too hard resulted in a small playground injury on his finger.

But there were other emotions as he prepared to go back to school, King’s father said.

“He was all excited to get going,” Jerry King said. “So was my daughter.”

But Jerry King said he is also nervous. However, his nerves are more for his daughter, Jadealleah King, who started preschool at Halverson Monday.

“(It’s) new for my little one — just everything new,” Jerry King said.

He said his biggest concern about the construction was that the stairs at the east door make it hard for him to use them, as Jerry King said he is handicapped.

Franks said all school doors are open for use. Some students did use the west door to enter the school.

Zaelynn Kubu, 6, said she is excited to start school again this year. The first-grader likes music and art classes.

Amanda Iverson, parent of third grader Mason, 8, and kindergartener Uriah, 5, said she was excited for her children on their first day of school. She was also excited that the school will have a bigger gym after construction is completed.

“I think it’s a little hectic, but I think it’s gonna be great in the long run,” Kubu’s mom, Stacia Beighley, said of construction. “I think it’s great that (the gym is) gonna be bigger and (have) more room for the kids to play.” 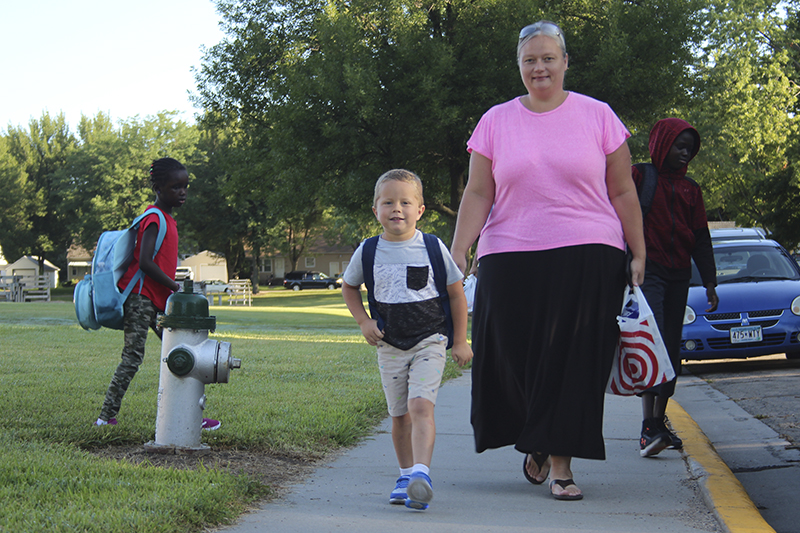