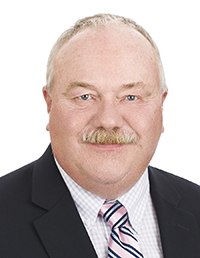 Minnesota’s 1st Congressional District is home to 11 ethanol plants. As a corn farmer, I know this because ethanol is a vital domestic market for my crop as trade disputes have decimated our markets abroad.

With that, I would like to thank U.S. Rep. Jim Hagedorn for demonstrating his commitment to southwest Minnesota’s vital industry by joining the House Biofuels Caucus. His willingness to join the bipartisan caucus shows he will fight for ethanol producers and corn farmers during a time when ethanol has never been more under attack.

We learned earlier this month that the Environmental Protection Agency approved 31 additional small refinery waivers, removing another billion ethanol-equivalent gallons from the nation’s fuel supply. Since early 2018, the EPA has waived more than 4 billion biofuel gallons, which only benefits Big Oil.

Corn farmers in my district need Hagedorn’s leadership on the Biofuels Caucus to stop this ethanol demand destruction, which is destroying a future of cleaner-burning fuels while hurting rural America today.

A first step to accomplishing this goal, the bipartisan Renewable Fuel Standard Integrity Act of 2019 would reallocate waived gallons, so they are not lost, while increasing transparency in the EPA’s waiver process. This legislation is vital to recuperate the great damage that has already been done. As a corn farmer and a constituent, I also want to thank Hagedorn for his commitment to biofuels by supporting this legislation.

We need advocates in Washington standing up for rural Minnesotans, and I look forward to Hagedorn’s leadership in building a more sustainable future for ethanol-blended fuels.

If you are a farmer or a supporter of ethanol, please visit www.mncorn.org to make your voice heard and ask President Trump to protect the renewable fuel standard and submit comments to the EPA.

Tim Waibel is a board member of the Minnesota Corn Growers Association.