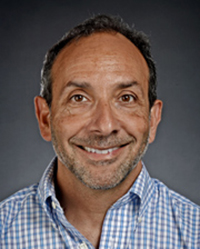 If the circumstances weren’t so awful, the predictability of the response would almost be laughable.

Every mass shooting inspires new calls for gun control, as politicians and pundits retreat to their partisan bunkers and lob blame where they believe it will do the most damage.

I believe in the Constitution, though I don’t view every piece of legislation designed to keep firearms out of the hands of criminals or the unstable as a slippery slope toward repeal of the Second Amendment.

It seems pretty naive to think that someone bent on mass murder is going to forget the whole thing because he can’t get his hands on a particular weapon. Criminals tend to be resourceful. Timothy McVeigh killed 168 people in Oklahoma City and never fired a shot.

“Assault weapon” is a made-up political term designed to expand the list of firearms that gun control proponents believe should be banned. The AR-15, which is a hunting rifle, falls into this category. It fires one round at a time, like a pistol or a revolver. It can fire about 50 rounds in a minute as opposed to a fully automatic, military issue carbine which fires about 1,000 rounds per minute. The U.S. banned the sale of new, fully automatic weapons in 1986.

You want to ban the AR-15? Fine. There are tens of millions of legally-owned AR-15s in the U.S. And keep in the mind that the man responsible for the deadliest school shooting in American history — Virginia Tech in 2007 — used two handguns.

So-called “red flag” laws, which President Trump supports, and more expansive background checks make sense. Seventeen states already have a red flag laws, which allows for a court order to prevent someone deemed a danger to himself or others from having access to a firearm.

That’s a start, though it will be difficult to move forward, mostly because of the shameful politicization of the issue. Within minutes of the shooting in El Paso, Democratic presidential candidates were blaming the president.

If that’s the case then perhaps we should blame the left for the Dayton shooter who, according to published reports, was a socialist, gun control advocate and Elizabeth Warren supporter. We can also blame the left for the man who shot up a Washington D.C. baseball field and tried to kill several Republican members of Congress in 2017. The shooter once worked for Bernie Sanders. Or maybe we can blame President Obama and his criticism of police for inspiring a gunman to kill five cops in Dallas in 2016.

And the reality is that while mass shootings understandably generate the most attention, we’re killing each other in ways and places that inspire a conspicuous lack of outrage.

Since the infamous clock tower shooting on the University of Texas campus in 1966, there have been 165 mass shootings in the U.S., according to an analysis by the Washington Post. For purposes of the analysis, a mass shooting is defined as one in which four or more people are killed by a single shooter. The analysis does not include domestic or gang-related incidents.

In 2018, the number of homicides — by firearms or otherwise — in Chicago, Philadelphia and Baltimore totaled 1,223.

Over the weekend in Chicago, 53 people were shot, seven killed. You probably haven’t heard much about it.

I’m more interested in why we’re killing each other wholesale, on a daily basis, rather than how we’re doing it.

Perhaps we need to look deeper than the simplistic explanations — political rhetoric, social media, video games, the availability of firearms – and consider a society in which people are willing to take lives without considering the impact or the consequences.

We dismiss the presence of evil in the world until a massacre reveals it in neon. And soon after, we dismiss it again.

We foster a culture of victimhood, where our dissatisfaction with life is always someone else’s fault.

We lack empathy for those who disagree with us.

We value revenge over forgiveness.

We talk about diversity only as it relates to physical characteristics; never diversity of thought or opinion.

We allow our children to retreat into the isolation of virtual world, devoid of genuine human interaction.

We fight the rule of law and wonder why our young people don’t respect authority.

We dethrone God and exalt ourselves.

As Christians, we do a great job of telling people what they shouldn’t be doing and a lousy job of showing them Jesus.

Yes, the one who pulled the trigger is ultimately responsible and accountable.

Maybe the rest of us need to look in the mirror.

Rich Manieri is a Philadelphia-born journalist and author.  He is a professor of journalism at Asbury University in Kentucky.