Guest Column: We can solve the civics crisis, if we want to 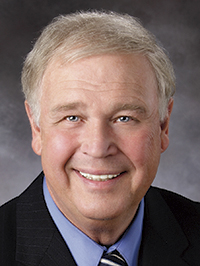 Our republic faces crisis after crisis: Our government is crippled by polarization; Congress can’t seem to get anything done; Supreme Court appointments have become a three-ring circus; no agreement can be reached on immigration and our borders; health care solutions can’t be reached; our infrastructure is decaying; and the national debt is out of control.

It’s easy to identify the problems. Digging deeper shows these are the results of a more pervasive root cause: the diminishing of civic education nationally and in Minnesota. The foundation of our understanding of how our government works is withering. The outcomes include confusion, misunderstanding and decay in our system. A district court judge has told me that every day he sees the repercussions of citizens not understanding how our system works.

The National Assessment of Educational Progress, the highly respected “Nation’s Report Card,” reports that 75 percent of our graduates leave high school not proficient in civics. The growing emphasis on science, math and reading is important. But it comes at a cost. When some areas are emphasized, others are diminished.

I spent 35 years as a social studies teacher. As a current member of the Minnesota House of Representatives, I serve on the Education Policy Committee. In previous sessions I have offered legislation to elevate civics education in Minnesota. I successfully authored a bill requiring students to take a civics test based on the test immigrants must take to become citizens. A study by the Woodrow Wilson National Foundation found that only 36 percent of Americans could pass a test that immigrants pass at a 97.5 percent rate.

Last session, I tried to pass a bill that required civics courses be offered for credit to juniors or seniors in high school. Facing stiff opposition to that from the Minnesota School Boards Association, I compromised to change the requirement to “encourage.”

In its recent wrap-up of the legislative session, the MSBA touted its success in weakening my bill by claiming that it would reduce the number of electives and reduce local control.

I find the local control argument ridiculous. Under my provisions, school boards would still have much flexibility. Keep in mind that one of the MSBA’s top agenda items is to gain the ability to continue levy referenda by a majority vote of the local school board, instead of putting that vote before the people.

Next session, the MSBA plans to double down on its campaign against civic education. MSBA officials want to no longer have to offer the civics test. This crosses the line from passivity to enmity regarding civics. Testing conveys a message; we care about what we test. Eliminating the test implies MSBA doesn’t think civics is important.

I cannot overemphasize the fact this is a crisis with dire consequences for the future if we continue to diminish the building blocks of our nation.