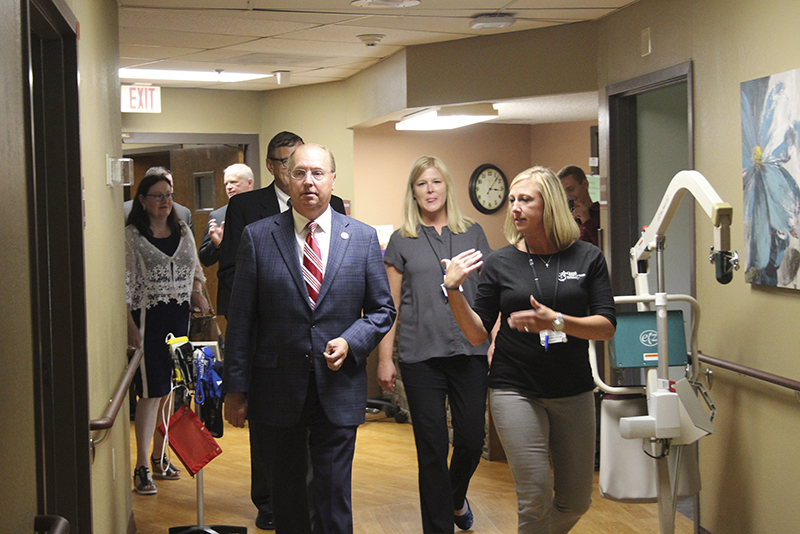 There is a lot of pressure put on the Medicaid system for funding, but in some states the Good Samaritan Society operates in, the differential between the cost of care and the reimbursement from Medicaid is $50 or $60 a day, Holdhusen said — though he said Minnesota is better about this than some other states.

But Holdhusen is anticipating another financial challenge after the Centers for Medicare and Medicaid Services, a federal agency within the U.S. Department of Health and Human Services, put a new payment system in place. The system, which takes effect Jan. 1, is supposed to be revenue neutral but includes an 8% reduction adjustment to account for anticipated changes that increase payments. Basically, Holdhusen said, CMS is anticipating long-term care facilities may try to game the system. The 8% reduction would cost Good Samaritan Society about $3 million, Holdhusen said. 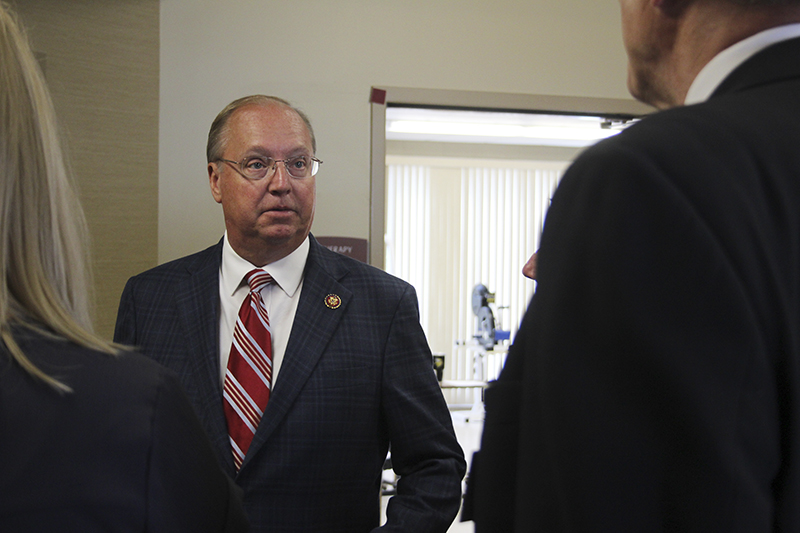 He is asking for nursing homes not to be penalized for anticipated behavior.

“We just can’t pay people what they can make in a hospital setting,” Honstad siad.

It turns into a bad cycle, she said; the people who do stay because their heart is in it then come close to burning out because they work so many hours.

“They can practically go work at McDonald’s for what we pay them,” Honstad said of nursing assistants.

For Hagedorn, models that determine reimbursements should pay more for those operating in rural areas, he said, as it is tougher for them to attract and retain talent.

Honstad said she hopes Hagedorn will take back what he learned and put thought into the ideas presented to him.

Hagedorn said his office would review several bills Holdhusen provided and, if they look good — and have bipartisan support rather than a purely Democratic backing — he would consider cosponsoring.

“These bills that you have all seem like common sense,” Hagedorn said.

Congress is back in session Sept. 9.