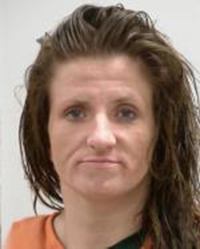 According to the court complaint, an officer was on patrol at about 12:17 a.m. Aug. 22 in the vicinity of Eighth Street and Eighth Avenue Northeast in Austin when he got behind a 1999 Buick Century with a Wisconsin license plate. He ran the Buick’s plates and the vehicle came back as reported stolen. He followed the Buick and made a felony traffic stop on Interstate 90 west near the 14th Street Northwest intersection.

Police learned Dalaska’s license status was “revoked” and that she had warrants in Goodhue and Hennepin counties.

A review of Dalaska’s criminal history shows prior convictions for theft, drug possession and forgery.