‘It used to be pretty intense’ 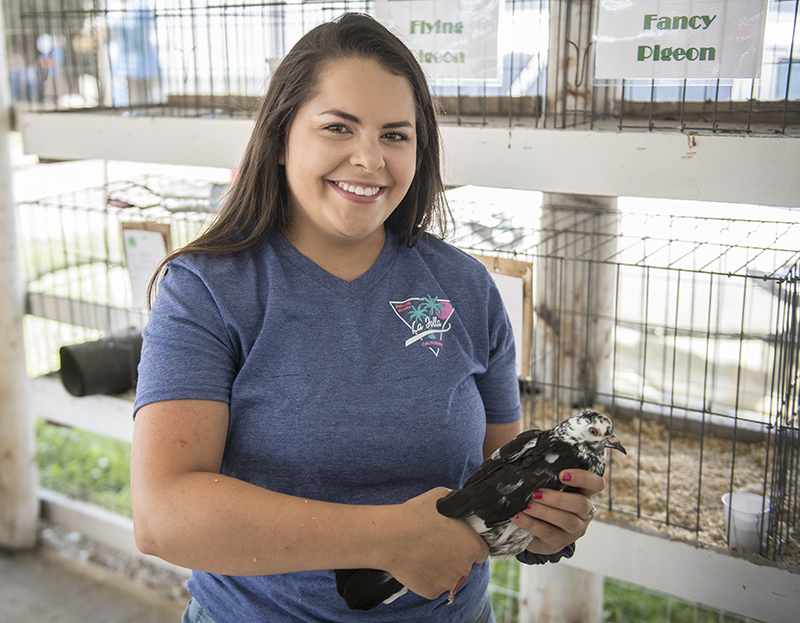 After 14 years, 4-H competitor Sydney Chicos’ last year with the program — and her last year showing pigeons as a 4-Her — is coming in for a landing.

Chicos, 19, graduated from high school last year. She participates with Conger 4-H Club and is the only 4-H competitor showing pigeons at this year’s Freeborn County Fair. She competed in both the fancy and flying categories.

In addition to pigeons, Chicos also shows pigs and, this year, chickens. In the past, she has shown cattle, goats and lambs.

She said she got into showing pigeons at the suggestion of good family friends Steve and Jane Haukoos.

“They pretty much taught me everything I know about birds,” Chicos said.

They got her started with six birds. After she started raising them herself, at the height of her own operation, she had up to 200.

“I never expected it to get that big, but they breed so often that we just kept growing and growing,” she said.

She raised them herself for five to six years, but now leases them from the Haukoos family. Pigeons are something different to show, more hands-on than pigs and easier to handle than other birds, Jane Haukoos said.

And in the past, she said, there used to be more competition in pigeons. At its height, she remembered competitions with closer to 60 pigeons.

“It used to be pretty intense,” she said.

Jane Haukoos said this year has been a slow year. Chicos is the only 4-Her who leased pigeons from them, though they did sell some to Fillmore County residents. They began raising pigeons after their own daughter wanted to do a poultry project. They’ve had them for about 15 years. 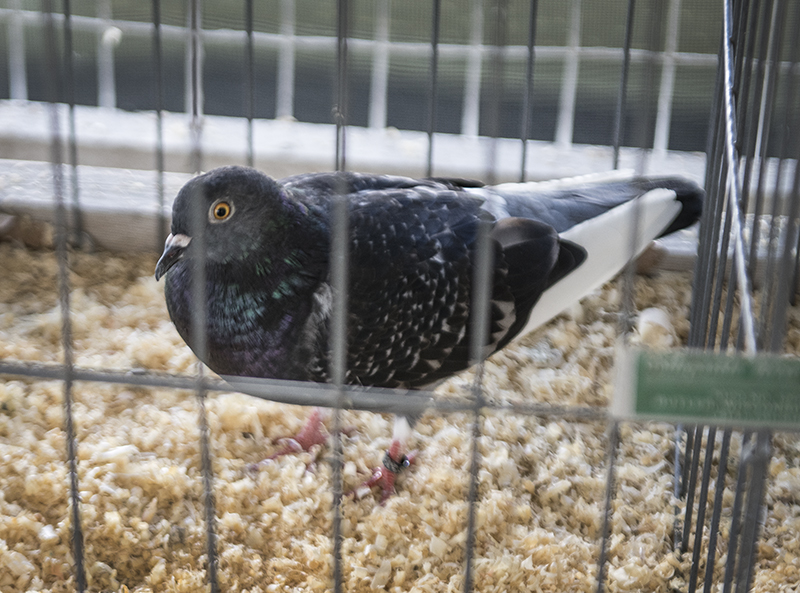 At one point Chicos had up to 200 pigeons. – Colleen Harrison/Albert Lea Tribune

Haukoos said poultry is an easy project for 4-H children, especially ones who live in the city.

“Some of the kids don’t realize, ‘Hey, I can have a pigeon in a rabbit hutch and I can take it to the fair and show it,’” she said.

Pigeons are a different type of showing, Chicos said. Fancy pigeons are judged more on their presentation and how well they would go — aesthetically, Chicos said — in a breeding pair, whereas flying are judged on whether their body and wings are built well for flight. To prepare the pigeons, she sprays them for bugs and mites, cleans their feathers, gives them a bath, makes sure their feet are clean and checks for good posture. When she chose her fair birds, she was looking for feather type and coloration.

For showmanship, she competes against all other poultry competitors. She said this is her favorite part, because there is more competition.

Chicos already won champion for showmanship in junior and intermediate classes, she said. This year, she was going for the trifecta — showmanship champion in all three classes.

“There’s a lot of good showmen in chickens and stuff like that, so it’s pretty tough,” she said.

She said she might enter some open-class pigeon shows, and she can still compete in junior shows in FFA, but that at least with 4-H, it’s time to let other children have the experiences she had with the program.

“I hope she decides she wants to have some birds when she’s done with college — and she probably will,” Haukoos said.

She feels that Chicos is the type to continue with something farm-related.

“I think that kind of gets in your blood,” Haukoos said. 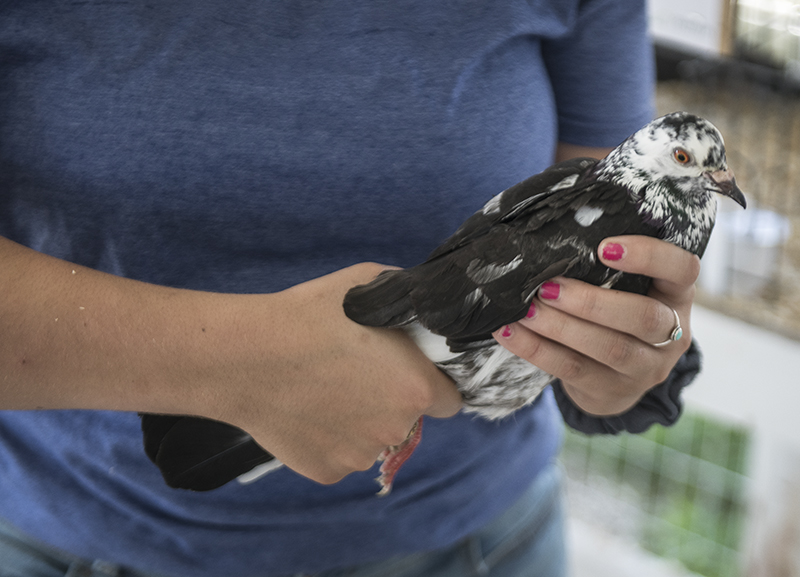 In addition to pigeons, Chicos also shows pigs and, this year, chickens. In the past, she has shown cattle, goats and lambs. – Colleen Harrison/Albert Lea Tribune