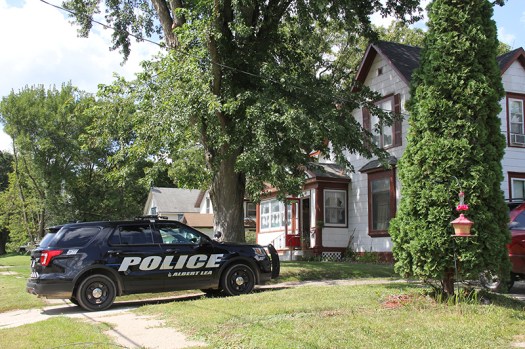 An Albert Lea police officer sits in the driveway in front of a house at 614 Water St. Tuesday afternoon after a man was reportedly arrested there. - Sarah Stultz/Albert Lea Tribune 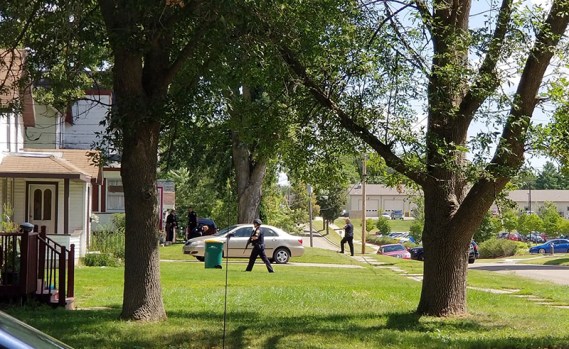 Albert Lea police and other law enforcement officers approach a house on Water Street after police said a shot was fired inside the residence. - Photo courtesy Robert Hoffman 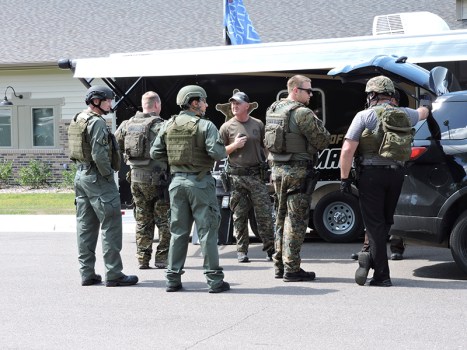 Members of the SWAT team assemble in front of the Mayo Clinic Ambulance building Tuesday afternoon, down the street from where a man had reportedly fired a shot in a house earlier that day. - Kelly Wassenberg/Albert Lea Tribune 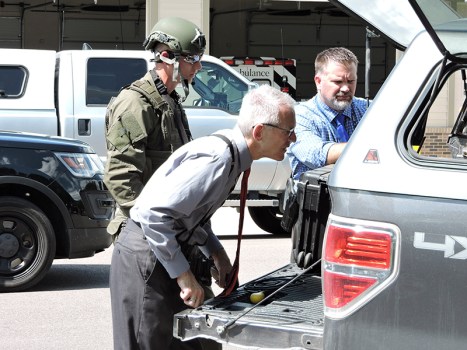 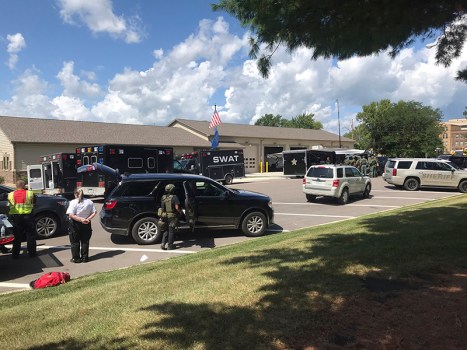 Albert Lea police arrested a man Tuesday afternoon after he reportedly fired a shot inside a house on Water Street in an apparent physical domestic incident. 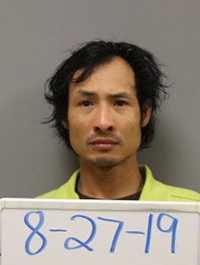 Dispatchers received a report at about 10:45 a.m. Tuesday of a female hysterically crying with an unknown emergency, according to a press release. There was a reported language barrier requiring an interpreter.

When police arrived at the house, at 614 Water St., they determined there had been an apparent domestic incident, with a shot fired in the house.

The Police Department requested the assistance of the South Central Drug Investigative Unit Special Weapons & Tactics team to set up a perimeter around the house. The man was reportedly barricaded inside.

According to police, the man, identified as Lwa M. Pi, 33, came out of the house before negotiations began with police.

The man lived at the house with an adult woman and three juvenile children and was taken to the Freeborn County jail pending charges.

He is expected to face charges of domestic assault and second-degree assault.