Minnesota officials call on communities to report, combat hate crimes across the state 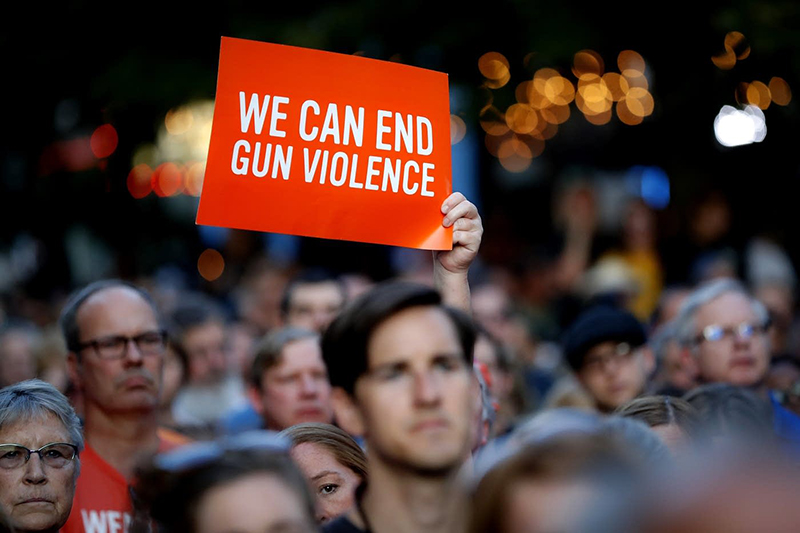 Mourners gather for a vigil at the scene of a mass shooting Sunday in Dayton, Ohio. A masked gunman in body armor opened fire early Sunday in the popular entertainment district in Dayton, killing several people, including his sister, and wounding dozens before he was quickly slain by police, officials said. - John Minchillo/AP Photo file via MPR News

President Trump took aim at racism, bigotry and white supremacy on Monday in his most substantial remarks following two deadly mass shooting in Texas and Ohio.

Minnesota criminal justice officials agree it’s an appropriate target. Hate crimes are indeed increasing on the national level according to FBI statistics, and Minnesota is not exempt from the trends.

“We know that it’s prevalent and we know that when it does happen,” said Minnesota Attorney General Keith Ellison. “Even if the numbers are not extremely high, those events inject a paralyzing fear into the people who are in the targeted group whether or not they themselves have been the victims of the attack.”

Still, Ellison, a Democrat, said officials need to focus on more than legislation and law enforcement.

“What we really need is for people to understand that their quality of life is not lessened by the presence of people from other communities, it’s actually enhanced,” he said.

Minnesota’s U.S. Attorney Erica MacDonald, who was nominated by President Trump, said her office works hand in hand with the state attorney general’s office and the Department of Human Rights as well as federal, state and local law enforcement to address hate crimes in Minnesota.

“Everybody is committed to prosecuting these offenses, to protecting against these offenses and protecting our community,” she said. “And what I hope that we continue to do is continue to reach the community and make sure that they understand where to go when they need help — that we’ll always have their backs.”

“One area that I think is particularly important to note is that we’ve seen such a substantial increase in cases that are based on race,” Lucero said.

Some 40 percent of the charges filed by the Department of Human Rights over the past year included claims of racial discrimination — up from 28 percent two years ago.

“We are all the problem here. We are part of creating a system that allows for violence to occur in the first place,” she said.” And so I think the sooner we take ownership of that, that helps us break down this sense of helplessness that people feel around all of this.”

MacDonald, Ellison and Lucero all emphasized how important it is for Minnesotans to report to law enforcement if they see or suspect instances of hate crimes in their community.