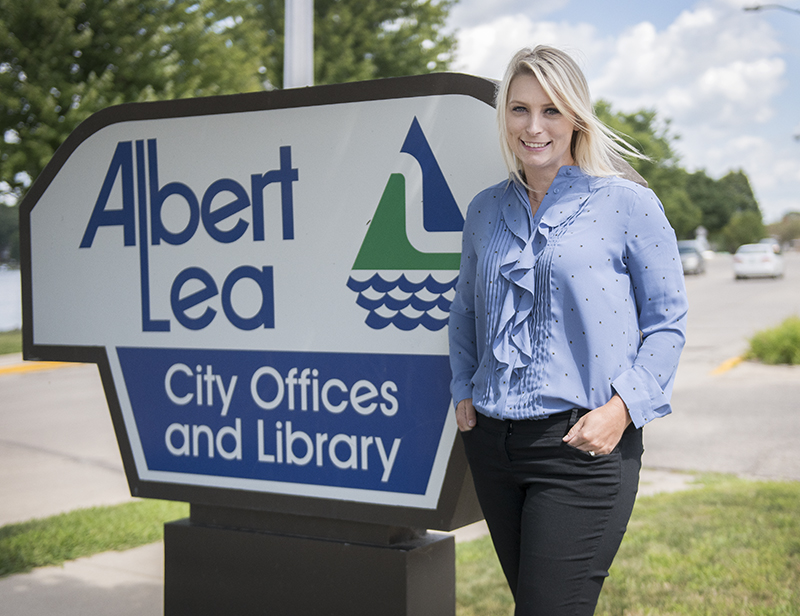 One woman is bringing over a decade of experience to her position as Albert Lea’s new city planner.

She was interested in city planning because she wanted to play a role in community development and how communities evolve, Boeck said, and she wanted an education that would help her keep up with that.

Boeck’s 11 years of experience with city government started with her job as deputy city clerk for Winnebago. From there she started transitioning into planning and community development. She was then a deputy city clerk in Wells, where she said she handled more community development than the job title might have implied. From there she went to Fairmont, where she was the city planner until coming to Albert Lea.

“I think planning relates directly to people’s quality of life in any community,” Boeck said.

One of the projects she has been involved in that she’s most proud of is the Fairmont comprehensive plan update, where a group of community members came together to talk about what the community should look like in 10 or 20 years.

“It addressed not only physical change, but social and economic growth as well,” she said. “I especially liked working alongside community members to create a vision for the different elements of the plan — like housing, recreation and land use.” 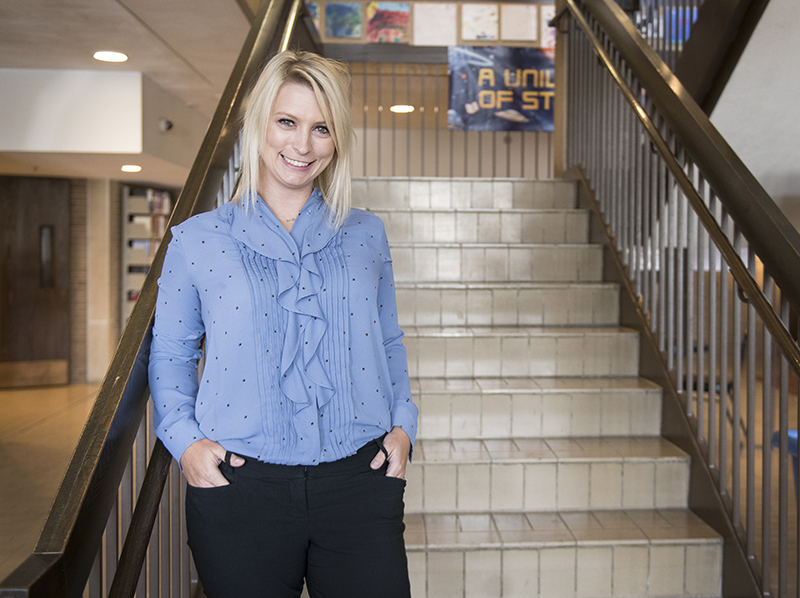 Boeck was a deputy city clerk in Winnebago and Wells, respectively, and then worked as the city planner of Fairmont before starting as Albert Lea’s city planner last month. – Colleen Harrison/Albert Lea Tribune

According to Boeck, there are four major components to effective city planning: economic development, active living, parks and recreation, and affordable housing. She hopes to work in all of those aspects in Albert Lea.

Boeck is familiar with Albert Lea, having grown up nearby, and said she is excited to get to work in the community.

“I’m really attracted to the outdoor and recreational communities,” she said. “With the lakes and recreation, … I saw myself fitting in here.”

While she said any change brings with it an adjustment period, Boeck said everyone locally has been “wonderful and really helpful.”

“It won’t be much of an adjustment for long,” she said.

Boeck is interested in learning more about Albert Lea’s historic district, she said, and is particularly interested in ways she can assist in obtaining grants for some of the Broadway locations. She thinks she will likely be heavily involved with land use and zoning matters, but Boeck said she hopes to also reach out to the Shell Rock Watershed District about partnering on possible future projects, as Boeck considers water quality to be especially important in the community.

Albert Lea has done a number of things to promote health and quality of life, Boeck said, such as raising the tobacco-buying age to 21 and investing in local trails. She said she has noticed a good amount of people walking the lakes, which Boeck believes is an indicator of a community taking advantage of its outdoor resources.

Ultimately, Boeck said she hopes to help improve the community by making it more livable through land use regulations.

Interesting fact: Boeck has horses and enjoys trail riding with them