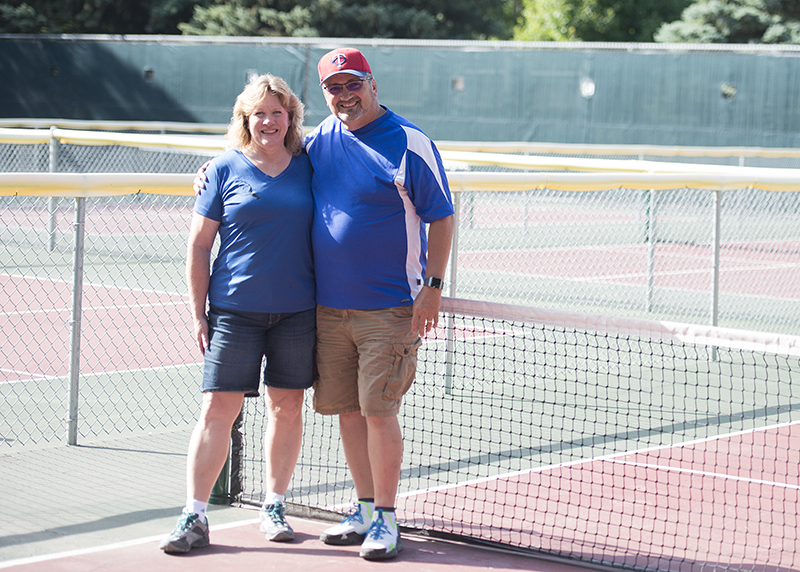 Man comes back from crash to succeed on pickleball court

Taking second place in a local pickleball tournament with over 100 competitors is a high bar for anyone to reach. But for Hayward resident Chris Elleby, the runner-up finish meant a lot more, because just 16 months earlier he was in a fight for his life.

April 25, 2018, was a day that started out just like any other for Elleby. He was driving his motorcycle from his home just south of Hayward to his job at Albert Lea Bus Co. around 6 a.m. He had almost made it to work when a deer jumped out of the ditch and onto his handlebars, sending him to the ground on South Shore Drive.

Thankfully for Elleby, the crash happened right in front of Nathan Brackey’s home, who was taking his garbage out and saw the crash happen. Brackey called emergency services right away and had Elleby taken to the hospital, where he was then transported to Mayo Clinic in Rochester.

According to Elleby, the process took about 45 to 50 minutes for him to reach Rochester, but he was going in and out of consciousness and doesn’t remember the majority of it. Elleby said his first concern was letting the bus company know he was going to be late for his shift, but he would soon find out he had more serious concerns.

Elleby had 14 breaks on 13 different ribs, a broken sternum, wrist, collar bone and nose, a punctured lung and a concussion, but worst of all — his spleen was severely hemorrhaging blood. Doctors would later tell him most people with that severe blood loss are given what is called the “platinum hour,” in which victims have about one hour to get on an operating table before they bleed out. Elleby made it on the table in 50 minutes.

However, Elleby was not in the clear just yet. In total, Elleby was given 10 units of blood the first two days of his hospital stay. Through the first five days, doctors performed surgeries on Elleby just to keep him from bleeding out. There were no operations to repair any of his broken bones until they were sure he was no longer bleeding internally.

“I had outstanding medical care,” Elleby said. “I can’t say enough about the Mayo system and what they did to keep me alive. And the help of my family, my wife and my sons. They were there every day all the way through.”

Elleby said the first thing he remembers after the crash was waking up to his wife, Mary, smiling down at him. He then grew concerned when he saw his sons — Eric, a doctor in Cook, and Jordan, who was in Charleston, South Carolina, the last he knew of. Elleby was unaware of how much time had passed and wasn’t sure what was happening. 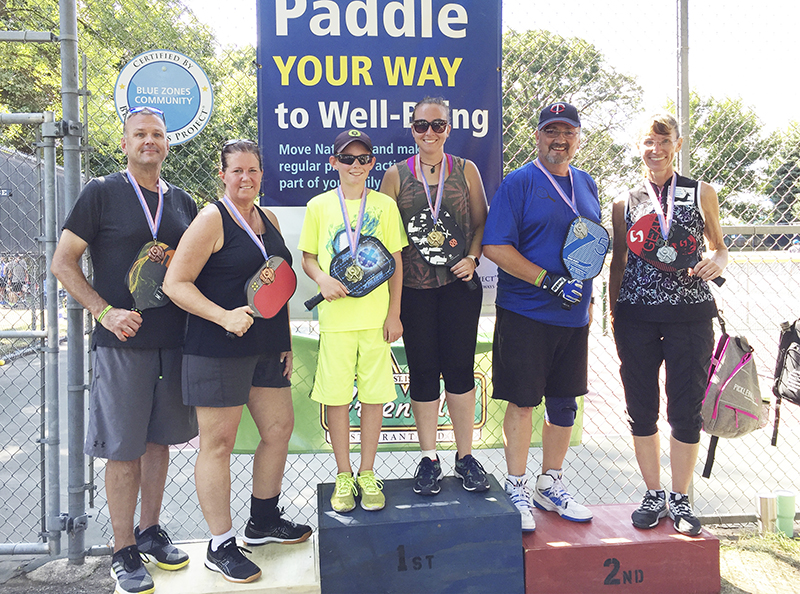 “Now all of a sudden, I’m looking at all three of them and it’s like, ‘how much time has lapsed and what is going on?’” Elleby said. “My first thought was ‘Did they call the family together?’ ‘Am I gone?’ I just really didn’t have any idea of what was going on.”

Doctors told Elleby there were many factors that saved his life that day, from Brackey already being outside to the quick response of the first responders in Albert Lea. But none of that would have been possible without the protective gear Elleby was wearing.

“The doctors want to be an inspiration to people and make sure everybody knows what saved my life was that I was wearing a motocross jacket and a helmet,” Elleby said. “It broke right through the front of my helmet and shattered it to pieces and shredded up the jacket.”

Ironically, the crash happened on the morning of the day he was supposed to take his motorcycle to the dealership and sell it. He had just finished washing, waxing and detailing it to have it ready for the showroom.

The recovery process was a long and difficult one. While still in the hospital, Elleby was in danger of not being able to breathe. The only way to improve his chances were to get out of bed and walk around the hospital. Elleby said his wife and oldest son tried to coach him up and encourage him to get out of bed, but the pain was so intense he couldn’t do it. It was his youngest son, Jordan, who eventually broke through.

“I was hurting so bad, there was so much pain,” Elleby said. “At a few different points I told them to just let it happen and be done, but my youngest son wouldn’t let me. He told me, ‘Dad, if you can help us help you get out of bed and walk, do it because you’re getting out of bed one way or the other. If we have to, Eric and I will lift you out of bed, and you’re going to walk.’”

Soon Elleby and his family were walking the floors at St. Marys for hours at a time, and after 15 days in the hospital, he was finally sent home.

While recovering at home, Elleby was visited by friend and fellow pickleball player Sandy Hanna, who made him promise to play with her when he was fully recovered.

“I made him promise we were going to play in a tournament together, even if he had to play left-handed,” Hanna said. “When he started getting out and about, walking outside, he would stop by the courts and give us updates about his health. Then one day a bus drove by and was honking, and it was him. Then one day earlier this year I was at a tournament in Mason City, and there he was, back at it.”

Elleby said he still doesn’t have all of his pickleball game back, but the duo played some tough competition in the Summer Sizzler tournament and came away with second place in the 2.5-3.0 mixed doubles class.

Along with the doctors and his family, he credits the pickleball family for helping him along the path to recovery. Elleby said the friends he made at pickleball were great in encouraging him and guiding him along the way. He even received cards from other pickleball clubs throughout the state wishing him well.

While there are still a few lingering effects from the crash, Elleby said it was the mental side of things that were the toughest.

“I had bad PTSD,” Elleby said. “I have no memory after the deer. I don’t remember anything. But in my nightmares I remember it all. I see the deer, I feel it hitting me and breaking my bones and hear myself crying and cussing. I feel it all over again.”

Thanks to a medication recommendation form his oldest son, the nightmares have almost come to a complete stop, and Elleby said he gets better each and every day. He has returned to working at the bus company and is grateful he can return to living his life.

“There’s a lot of things I still can’t do, but I thank God for the things I can do,” Elleby said. “I try not to dwell on what I can’t do and try to enjoy the things I can do. Each week, each day, things get a little bit better. I’m able to appreciate more. Everybody in my life has been super. I can’t complain about anything. I’m lucky I’m here, and I enjoy life.”

Interesting fact: Elleby loves fishing and spending time out on the water with his family