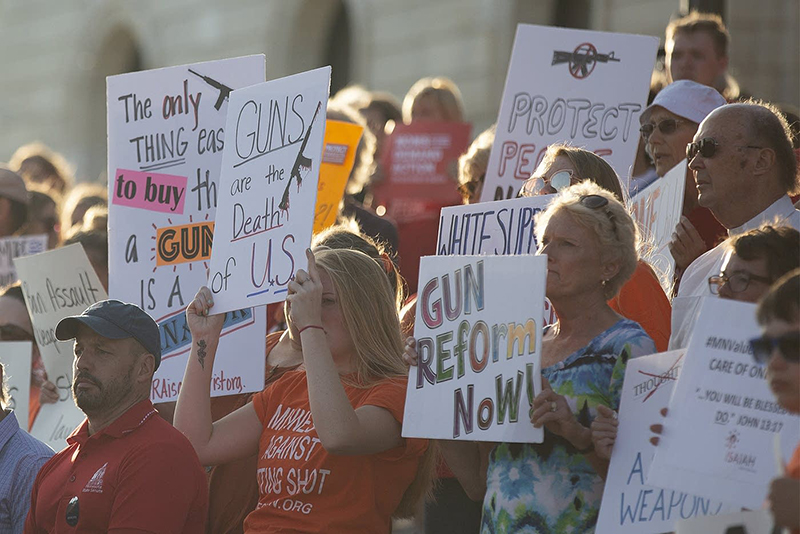 Hundreds of people gathered for a rally against gun violence Wednesday at the Capitol in St. Paul. The rally, called “Honor Them With Action: A Rally Against Gun Violence and Hate,” was held in the wake of mass shootings in Texas and Ohio. - Christine T. Nguyen/MPR News

Gov. Tim Walz continued on Wednesday to call for hearings on stalled gun legislation before next year’s session.

The DFL governor was among several speakers at a rally outside the State Capitol.

Last spring, the state House passed bills to impose stricter background checks and give authorities more power to revoke gun permits from people deemed a risk. But the proposals went nowhere in the Senate.

She said the weekend’s mass shootings in Ohio and Texas have again put needed focus on access to firearms.

“Are they waiting? Do they think it’ll be easier for them to justify passing this after a whole bunch of Minnesotans die in a mass shooting? If that’s the case, they’re really not doing their jobs which is to protect the people of Minnesota,” she said.

“What were the warning signs? Where was there opportunities for people to intercede that were missed?” Doar asked, “and how can we work better to make sure we can catch those?”

The 2020 session begins in February and is scheduled to adjourn in May.