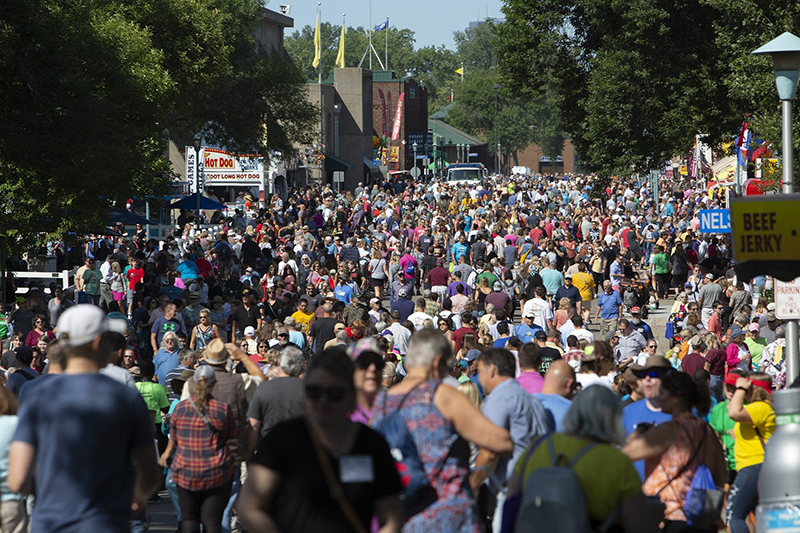 A crowd packs onto the street on the opening day of the Minnesota State Fair on Thursday. - Christine T. Nguyen/MPR News

Partly sunny skies and temperatures in the mid-70s greeted fairgoers on the first day of the 2019 fair.

Despite the record, opening day is among the least-attended days at the fair each year, with the busiest two days usually falling on the Saturday and Sunday of Labor Day weekend.

The fair’s all-time single-day attendance record is 270,426 — set last year on the Saturday before Labor Day.