Memorial services for Sharon Lee Rol of Albert Lea will be at 2 p.m. Aug. 31 at Salem Lutheran Church in Albert Lea. The Rev. Erica Cunningham will officiate. Visitation will be one hour prior to the service at the church. 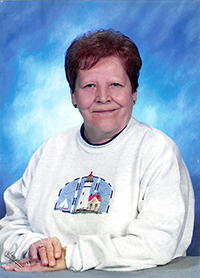 Sharon was born Aug. 26, 1938, in Fairmont, the daughter of William and Marjorie (Williams) Rasche. She attended public school in Fairmont. She was united in marriage to John Rol in Minneapolis, where they resided for many years.

Sharon had been employed in the mail room at 3M in Minneapolis for over 16 years. She had resided in Albert Lea since 2003 and had been a member of Salem Lutheran Church, and also a member of the Moose Club and Eagles Club in Albert Lea.

Sharon loved cooking and baking, crafts, watching the Minnesota Twins and Minnesota Vikings, and spending time with her nieces and nephews.

She was preceded in death by her parents; husband, John; and sister, Marilyn Wessels.