Graveside services for Terry L. VanderWoude of Albert Lea will be at 2:30 p.m. Wednesday at St. Theodore Catholic Cemetery in Albert Lea. The Rev. Kurt Farrell will officiate. 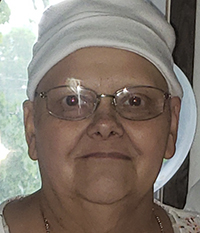 She was born March 22, 1956, in Grand Rapids, Michigan, the daughter of Frank and Dora (Patterson) VanderWoude.

She and her life partner, Timothy L. Abrego, lived in Albert Lea and were together until he passed in 2008. Terry worked as a cook at Trail’s Travel Center for many years prior to her battle with cancer.