‘To whom much is given, much is required’ 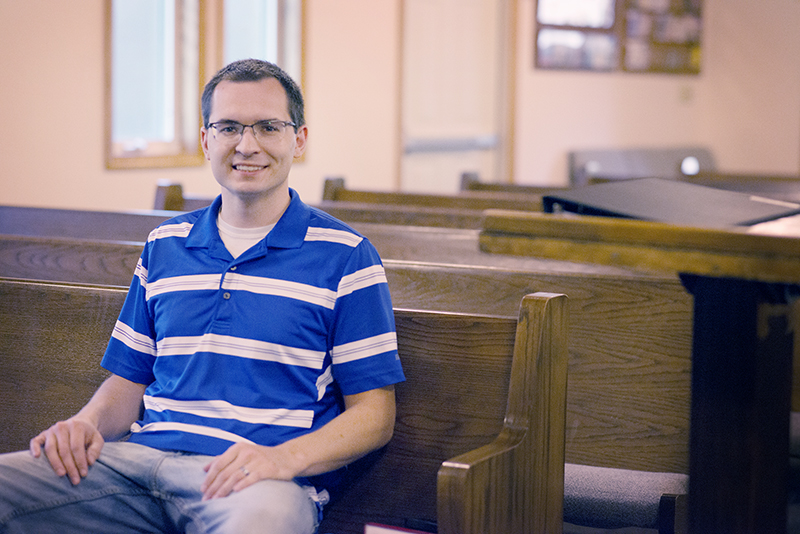 Riley Brown took over as pastor for Faith Baptist Church in Albert Lea in December. Brown grew up in a town just outside of Detroit and attended college and seminary at Maranatha Baptist University in Watertown, Wisconsin. - Tyler Julson/Albert Lea Tribune

In his first role as head pastor of a church, Riley Brown has grown to love the community of Albert Lea and his congregation in the short time he has been here.

Taking over as the new pastor for Faith Baptist Church in December, Brown spent four years as an assistant pastor in Wisconsin before making the move to Albert Lea.

Growing up just outside of Detroit, Brown was raised with a strong presence in the church. Brown said his parents took him and his brothers to church every Sunday and went part time to a Christian school in high school, where he took a Bible class along with some math classes. He participated in memorization programs, allowing him to memorize much of the New Testament. It was when he heard a sermon from an assistant pastor that he knew he wanted to pursue a career in ministry.

“My assistant pastor, he preached a sermon ‘To whom much is given, much is required,’” Brown said. “That whole sermon, God was saying to me, ‘I’ve given you knowledge, I’ve given you the ability to memorize. You know my word, what are you going to do with it?’

“At that point it was abundantly clear to me that I needed to be in ministry. I just didn’t know what specifically.”

Brown went on to attend Maranatha Baptist University for his undergraduate, graduate and seminary studies. He said it was there he saw how the community showed primacy in the local church, and he latched onto that and never looked back. It was also at Maranatha where he met his wife, Courtney.

When making the move to Albert Lea, Brown said he remembers the winter being extremely cold and it being the worst snow storm there had been in 25 years. However, building relationships within his congregation has made it all worth it.

“The people have been really friendly,” Brown said. “We really like this town. Getting to know our church family has been a gift. They’ve welcomed us really well and we love them. We’re building relationships with the people here, our neighbors, the people in town. It’s been really good.”

Aside from closing on a house and moving in within a few weeks in the winter, Brown said he hasn’t experienced too many hardships during his time in Albert Lea.

His favorite part of the job is also the toughest, according to Brown.

“Don’t get me wrong, I love it all,” he said. “But preaching every week, getting ready for Sunday and starting Monday with a blank sheet of paper, that’s tough. But to open the word of God and share what God has spoken to us about and how we should live because of the cross, because of Jesus, that’s a joy that I don’t think can be replicated anywhere else.”

When he’s not at the church, Brown said he and his family enjoy going down to Fountain Lake, visiting many of Albert Lea’s parks and just being outside together. He said he also frequents Eat’n Ice Cream Shop quite a bit.

“We’re here, we’re still active in the community,” Brown said. “We’re not just that church over by the fairgrounds. There are people here who love God, who love their neighbors. We’re not perfect. There’s not going to be a perfect church anywhere. If you find it, it’s going to be scary.

“But there’s a community aspect here where the people are welcoming, but they do that because of their relationship with God. They want to show that love to everyone around them and that’s contagious.”