2 artists to be showcased at Albert Lea Art Center 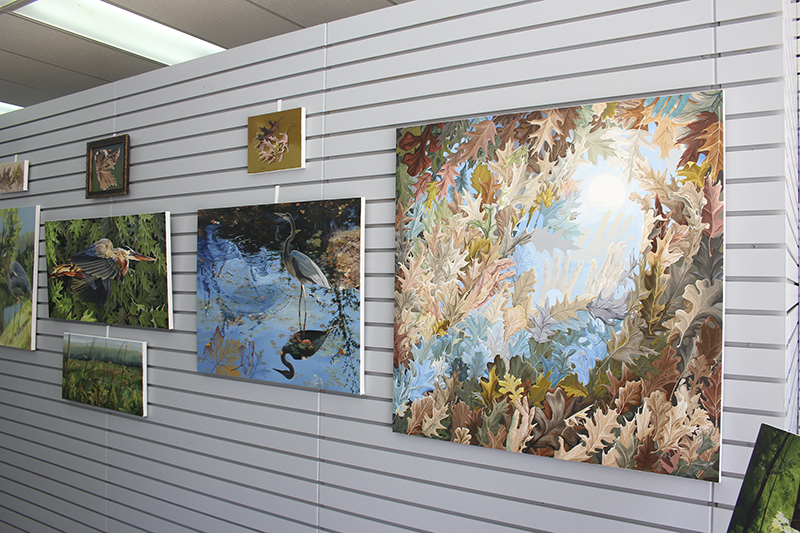 Sylvia Mullen said in her artist's statement that she draws inspiration from the natural world and is fascinated by the "variety and forms" of animals and plants. - Sarah Kocher/Albert Lea Tribune

Two artists will showcase separate subjects in the same show at The Albert Lea Art Center.

Sylvia Mullen is a painter whose work focuses heavily on nature, while William Olson is a sketch artist whose work ranges from nostalgic places to mythical beasts.

Many of Mullen’s pieces came from an exhibition held recently in La Crosse, Wisconsin, featuring the Green Man, a face formed out of leaves carved into many European churches.

The Green Man is one example of the connections between the physical and spiritual Mullen said she tries to express in her art.

Mullen draws inspiration from nature as well, she said.

“It was always part of me,” she said.

She is drawn to a shape or a color or light, and its transformation into a piece of work “gets kind of nonverbal.”

“It starts me, and I build on it,” Mullen said.

She said she uses photography as a sort of sketch medium — to capture something she wants to remember to highlight in her work. 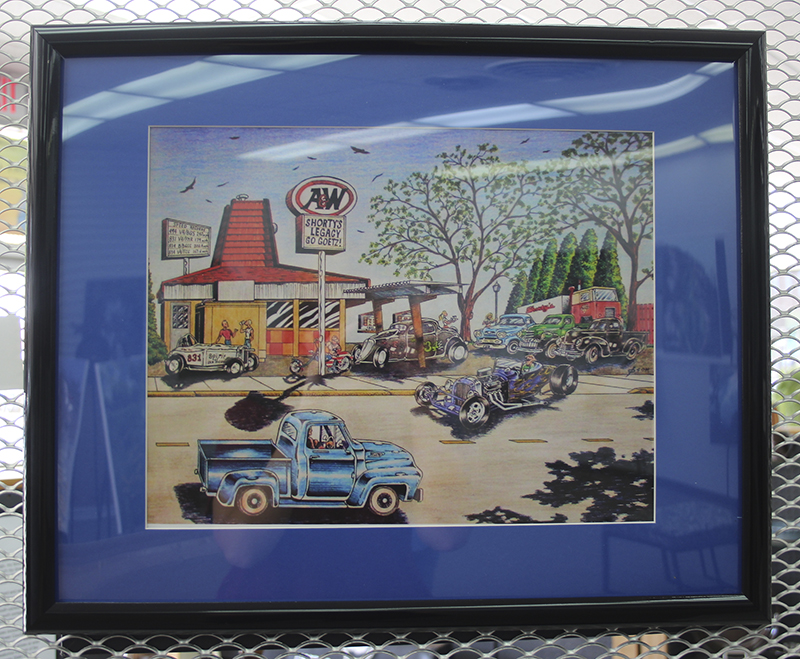 Willie Olson said in his artist bio that his work reflects his down-home personality and love of nature. He calls himself “an old-fashioned farm boy from rural Minnesota.” – Sarah Kocher/Albert Lea Tribune

“None of them are the real thing like a photograph would be,” she said.

Many of her paintings include the midwest. All of them are places she has been.

“I want to know what I’m working with,” she said.

The pieces in the gallery were all made within approximately the last five years, she said.

“It’s a variety as far as subjects are concerned,” she said.

While Mullen tends toward acrylic, Olson’s favorite mediums are pencil, pen and ink, watercolor and colored pencil. His fantasy and comic book-style pieces come from a wild imagination, he said in an artist bio. Olson did not respond to a phone call asking for an interview.

He began drawing at 5 years old and has been doing it ever since, he said.

Olson has won awards at the Mower County and Steele County fairs fine arts competitions, the city purchase award at Austin’s Freedom Fest and other area prizes, his bio said. He has also taught drawing classes at local art centers.

“I am an old-fashioned farm boy from rural Minnesota,” he said in his bio. “My down-home personality and love of nature are reflected in my numerous works of wildlife and country living.”

The artists were paired in an effort to bring more pieces into the show, Albert Lea Art Center gallery manager Tom Mullen said.

The opening reception is 1 to 3 p.m. Sunday at The Albert Lea Art Center, 101 S. Broadway Ave.