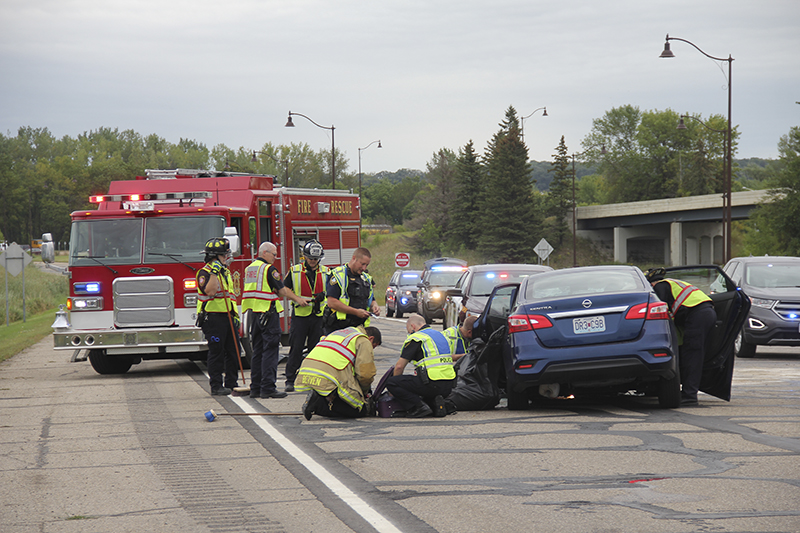 Susanne Lindahl, 57, and Rudi Marker, 58, both of Denmark, were transported by Mayo Clinic Ambulance to Mayo Clinic Health System in Albert Lea with serious injuries, and Emerald Wangen, 22, of Albert Lea was taken by personal vehicle to the hospital for minor injuries.

According to police, Lindahl was driving a 2018 Nissan Sentra eastbound in the westbound lanes on East Main Street, east of Prospect Avenue, when the car struck a 2105 Jeep Wrangler, driven by Wangen, that was traveling westbound.

Lindahl and Marker were trapped in the vehicle and were extricated from their car by Albert Lea firefighters.

The Minnesota State Patrol also assisted at the scene.

Police stated the crash remains under investigation, and more information will be provided at a later time.