The following are three of the individuals who will be recognized Thursday at the Pathways to Success banquet hosted by the Albert Lea Education Foundation. The banquet starts at 6 p.m. at Wedgewood Cove Golf Club.

Reservations for the Pathways to Success banquet can be made at the Albert Lea Convention and Visitors Bureau office or at Leach Law. 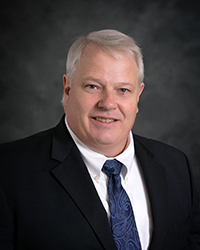 Dan Dorman, executive director of the Greater Minnesota Partnership, has been selected to the Pathways to Success Society by the Albert Lea Education Foundation. He receives the honor for returning to his hometown and providing leadership in many positions, according to a press release.

According to the Greater Minnesota Partnership, Dorman joined the organization’s staff in 2013. Prior to his work with the Partnership, Dorman was the executive director of the Albert Lea Economic Development Agency from 2007 to August 2013. Dorman also served in the Minnesota House of Representatives from 1998 to 2006.

In his final term as a representative, Dorman was the chairman of the Capitol Investment or Bonding Committee. He also served as vice chairman of the Jobs and Economic Development Finance Committee and was a co-author of the JOBZ legislation.

During his tenure in office, Dorman was able to help get the Albert Lea local option sales tax passed and secured funding for the cleanup of the closed landfill at Edgewater Park, funding for Blazing Star Trail, a grant to the city of Albert Lea for library improvements, a $500,000 grant to Freeborn County for County Road 46 and a grant to Freeman Township for improvements to the road into the Exol development park.

Dorman, an Albert Lea native, is a graduate of the University of Minnesota with a bachelor’s degree in political science. He is currently a member of the boards of the Riverland Community College Foundation and Albert Lea Community Foundation.

Dorman is the co-owner of Hanson Tire Service in Albert Lea and was an active manager of the store since 1988. He now has very limited day-to-day responsibilities and devotes his energy to the Partnership. 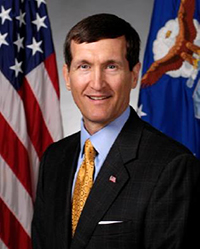 Thomas Ehrhard has been selected as the public service recipient by the Albert Lea Education Foundation. He graduated from Albert Lea High School in 1976 and was a member of the wrestling team that won the duel state wrestling championship.

Ehrhard was always interested in a military career and was appointed to the Air Force Academy. He gives credit to his family and to the education he received in Albert Lea. According to a press release, he states the whole community provided a solid base for anyone who wanted to learn, become a better citizen, make a difference and compete and excel on the world’s biggest stages.

He continued his education by earning a master’s degree in national security studies from the School of Advanced Air Power Studies and a Ph.D. in international relations from John Hopkins University, according to the release. He returned to the Pentagon and worked in the office of the Secretary of Defense as a long-range strategy and policy adviser.

After retirement, he continued serving the country as a senior civilian strategist in the Pentagon, where he worked directly for the four-star Air Force chief of staff, then senior civilian leaders up to the Secretary of Defense as a strategy and policy analyst on issues ranging from North Korean intercontinental ballistic missiles to Chinese military expansion to Russian military adventurism. He is considered the Pentagon’s leading expert on U.S. and foreign drone deployment and operations, according to the release.

Erhard and his wife, Karen, have two sons and live in Fredericksburg, Virginia. 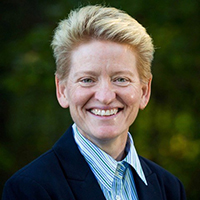 Sarah Gutknecht will be honored posthumously at the banquet.

Gutknect was born to Sue and Art Gutknecht in Waterloo, Iowa, in 1962. She moved with her parents and siblings Scott, Anne, Julie and Amy to Albert Lea in 1972. As the second oldest child, she was a leader from her early years. Her parents instilled in her a sense of responsibility and a strong desire to help others.

She excelled academically, athletically and socially throughout her Albert Lea school career. She graduated at the top of her class from Albert Lea High School in 1981, according to the press release.

She was a skilled leader in her profession as evidenced by board memberships for multiple organizations, including Pediatric Nursing Certification Board, National Association of Nurse Practitioners, Institute for Pediatric Nursing, Minnesota International Health Volunteers and Ready, Set, Smile.

Seen as an expert in her profession, she shared her knowledge through countless research projects, national and international presentations, posters and book chapters, according to the press release.

She traveled the world, not only on a personal voyage, but on a calling to serve others through Operation Smile, an international organization that provides cleft lip and palate repair for children. She began as an eager participant and continued her passion by leading many mission trips, totaling near 30.

Gutknecht’s infectious smile, personality, generous spirit and the ability to charm even the most apprehensive child made her well loved by her colleagues and patients alike. It has been said that Gutknecht left a trail of smiles due to the way she endeared herself to others. She made those around her feel empowered and loved. This was seen by many as her greatest gift to the world.

In March 2016, Gutknecht was diagnosed with pancreatic cancer. This diagnosis did not stop her from continuing to contribute to her profession and care for the ones she loved. She continues to be an inspiration to all those who had the privilege of knowing her, especially her nieces and nephews.

Gutknecht died at the age of 54 on Aug. 24, 2017. She is survived by her spouse, Dr. Ann Kools; loyal rescue dog, Otto; parents Sue and Art Gutknecht; siblings Scott Gutknecht, Anne Schreck, Julie Savelkoul, Amy Nelson and their spouses; and 12 nieces and nephews.