A city of perseverance 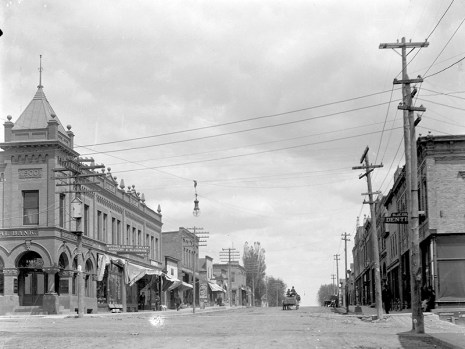 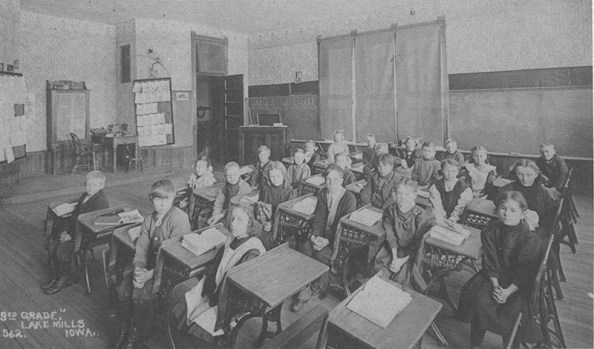 A third grade classroom in 1909 in Lake Mills. School was much different then. Married women could not be teachers unless there was a shortage of teachers and there were two choices of coursework for high schoolers — Latin scientific course or scientific course. New courses were added later, which included vocational agriculture, vocational homemaking and academics. Normal training, which people today would refer to as teacher’s training, was introduced in 1915. - Photo courtesy “Iowa Homecoming 86 Lake Mills, Iowa” 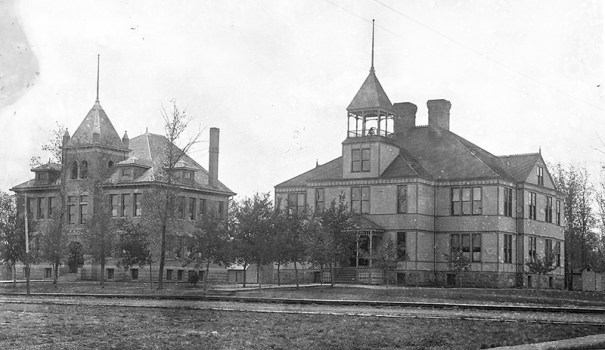 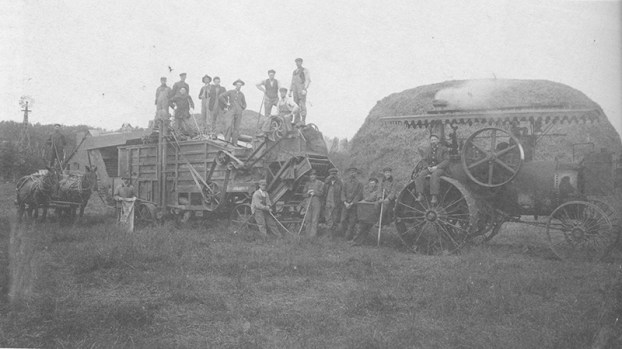 Farmers threshing on a farm near Lake Mills. - Photo courtesy “Footprints From the Past to the Present: The Story of Lake Mills, Iowa”

Eskimo-like nomads, Spaniards from the Alvar Nunez Cabeca de Vaca party, French missionaries and fur traders and Native Americans from the Sioux and Algonquin tribes were all said to have canvassed the area that is now Lake Mills.

An early traveler made his way through the area in the late 1850s on his way to Puckerbrush, or as people call it today, Forest City, Iowa. He told others of the unnamed village, but was reportedly told that “if you go in slaunchwise, you’ll come out kittywumpus.” When arriving at his destination, the man announced that he had been to Slaunchville — and the name stuck. The name was changed to Lake Mills in homage to the lakes and mill that brought people to the growing village in 1864.

By 1880, the town was incorporated and hosted 408 residents.

To further encourage growth of the city, Lake Mills residents voted to create a tax to raise funds to help bring the railroad its way. The community of Bristol was the town competing for the distinction. The town no longer exists, but parts of Bristol were absorbed into the neighboring community of Northwood.

A gruesome discovery was made when making way for the tracks. The railroad went through an early graveyard was relocated after the discovery of six graves were found. One was said to be that of an unknown vagabond who didn’t have any identifying property on him at the time of his death — just two biscuits and a little bit of tea in his pocket. Another was likely the grave of John Breen, who had been murdered in Forest City in 1883.

Another nearby grave was that of Mrs. Gaspar Fricker. Her short and stout stature earned her the nickname “Old Two Hundred.” It wasn’t the most flattering moniker, but she didn’t act anything like the women of the day were expected to act.

According to a book from a local author, Eileen Ness Bergan, “Her actions were crude, and she swore like a trooper. She traveled horseback astride a small pony and carried a gun.”

One can only imagine the disappointment of a cemetery monument salesman who came to town and asked if there had been any deaths.

The postmaster reportedly replied, “Two Hundred.” The salesman had pulled out a note pad and pencil ready to jot down names before the postmaster informed the traveler that Two Hundred referred to a person, not a number.

Roads were nonexistent, but settlers would occasionally stumble upon Native American trails used by a tribe of about 150, who camped between Town Lake and Rice Lake.

These trails were often dangerous to maneuver. Tree stumps could be found on the trails and would be camouflaged by the native grasses. Many wagon wheels were victims of mishaps caused by an unexpected encounter with them.

Water covered much of the lower-lying areas surrounding the community. Town Lake was two miles long and a mile wide, and had three islands.

Dredging machines were brought to the area in hopes of producing cornfields. While they were said to have made the area drier, the cornfields never materialized, yet farmers had to pay a considerable drainage tax anyway.

The town received another blow two years after the town’s conception, when the mill was lost to a fire. The economic impact was felt by the businesses  that were no longer patronized by those who came to town with their loads of grain.

The town has seen its share of hardships, but has continued to bounce back after adversity because of the willingness of its citizens to get back up and try again.