Ask a ’sotan: How many lakes does the state of Minnesota actually have here? 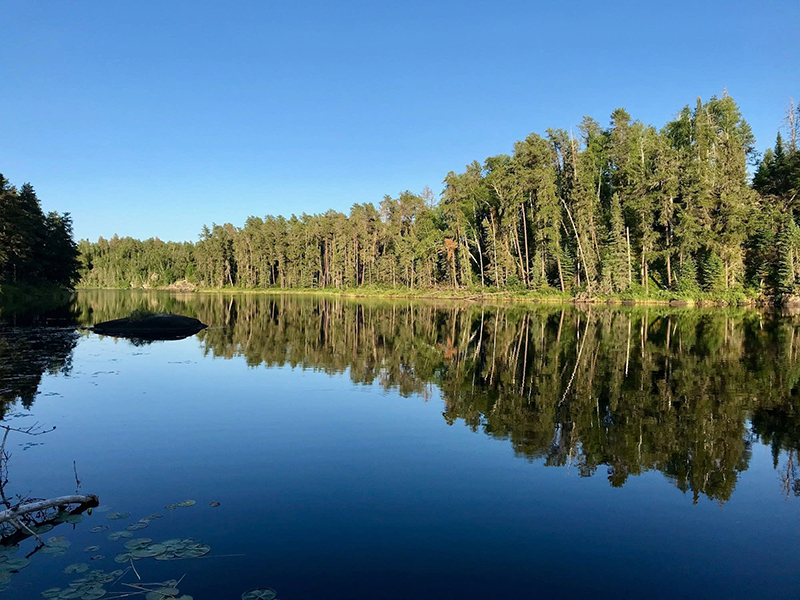 A view of Fire Lake in the Boundary Waters Canoe Area on July 13. - Kirsti Marohn/MPR News

Editor’s note: Ask a ’sotan is an occasional series exploring the questions from curious Minnesotans about our state.

We’ve been getting a number of questions about our state’s main call to fame: the many lakes of Minnesota.

Pete Boulay, an assistant state climatologist with the Minnesota Department of Natural Resources, helped us break down some of your lake questions.

How many lakes does Minnesota actually have?

It’s more than our moniker of “Land of 10,000 lakes” but the total number depends on how you count it. Boulay said that Minnesota has counted all basins of water that are at least 10 acres or greater in unincorporated areas, and 2.5 acres or greater in cities.

For perspective, one football field (including the endzones) is about 1.32 acres, so the DNR counts a lake in a city that’s just shy of two football fields. For unincorporated areas, it’s the size of about seven and a half football fields.

However, that leaves out all wetlands and smaller basins (at least 2.5 acres) in unincorporated areas. If you count those, the total jumps to 21,871.

But what’s the definition of a lake? Boulay said there isn’t one.

“As far as I know there is no universally agreed definition of lake. There are no threshold numbers in terms of size and depth to determine if a basin is a lake as opposed to a pond,” Boulay said.

Which county has the most lakes and which have the least?

St. Louis County has the most with 890 lakes in the public water inventory. It increases to 1,515 when all basins are counted. That includes Lake Vermilion, Rainy Lake, and Namakan Lake.

Four counties have no natural lakes listed in the inventory: Mower, Olmsted, Pipestone and Rock counties.

The claim to fame is largely due to tourism organizations in the 1920s to promote new tourists and immigrants to come to the state.

The earliest references of the phrase comes from a speech at the Minnesota State Fair by a professor on Sept. 11, 1874, (published in the Worthington Advance on Sept. 19, 1874). In his speech, which largely focused on the economics of farming in the state, he stated:

“Certainly, therefore, we may justly claim that we are the HUB of North America. Then we have thirty-eight rivers in the State, six of which are navigable within the State… Then come over 10,000 lakes, abounding in delicious fish. (sic) and the paradise of myriads of waterfowl.”

The phrase became frequently used by tourism-related publications around the 1920s. One of the notable groups includes the Ten Thousand Lakes of Minnesota Association, founded in 1917. According to “Minnesota in a Century of Change” edited by Clifford E. Clark, Jr., the organization pooled financial resources from 50 communities around the state to purchase ads in state and national media promoting the state. The success of the campaign led to a tourism bureau established within the state’s conservation department in the 1930s.