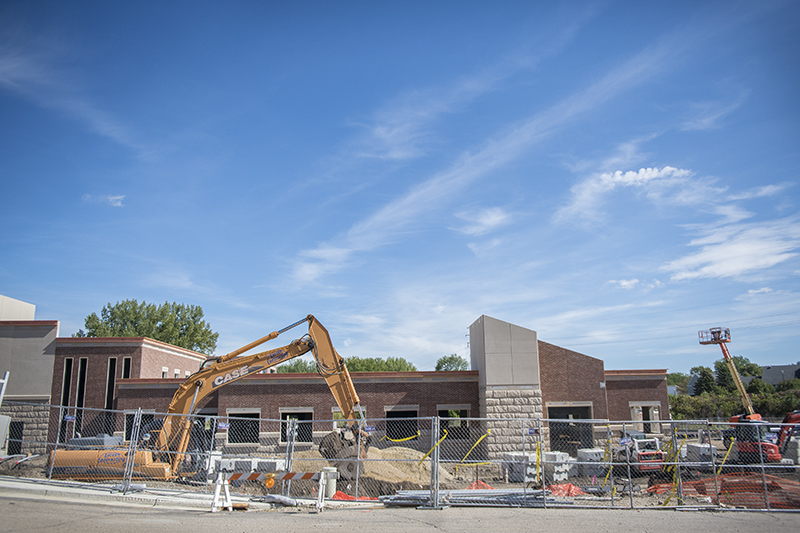 Construction on the new Albert Lea fire station has passed some project milestones and is currently moving forward on schedule, according to the project architect. - Colleen Harrison/Albert Lea Tribune

Construction on the new fire station has passed some project milestones and is currently moving forward on schedule, the project architect said.

After change orders, the current contract cost is up slightly from just under $7.97 million to just over $8.03 million, information shared by Public Safety Director J.D. Carlson and Brunton Architects & Engineers project architect Geoff Little showed. Brunton Architects & Engineers is overseeing the fire station project. The largest change order, for a little more than $26,000, was to cover the cost of “removal of unforeseen abandoned lift stations and associated soil replacement during excavation,” an email from Little said. An approximately $20,000 change order was also issued for the removal and replacement of additional storm sewer piping connecting to Newton Avenue, the same email said. The storm sewer connecting to Newton had deteriorated and needed to be replaced, Little said, and the city chose to include that work with this project.

However, Carlson said he hopes the project still comes in under bid when it is complete. The next change order will be a $4,500 credit to the city, though it has not yet been issued. Deputy Fire Chief Jeff Laskowske said the wall was supposed to be more decorative and complicated in plan and was toned down.

Laskowske also said parts of the fire station’s interior is being simplified — for example, office doors that could have had glass will not, as most often doors are left open, and all the bathrooms will have the same tile.

“It’s the needs only,” he said. “… We want to make sure we put the funding into the proper areas and keep this as cost-effective as we can.”

Firefighter Chris Harveaux, member of the station committee, said they have been trying to use local vendors for as many purchases as possible for furniture, fixtures and equipment. 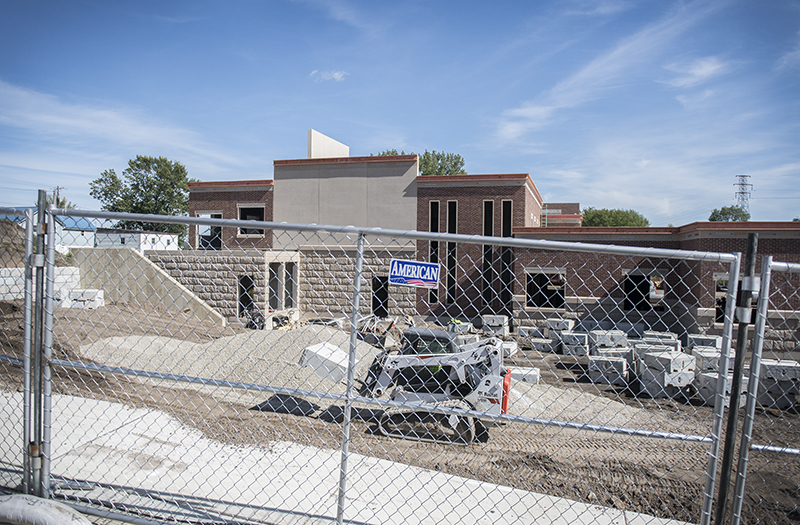 Construction on the new Albert Lea fire station has passed some project milestones and is currently moving forward on schedule, according to the project architect. – Colleen Harrison/Albert Lea Tribune

Since construction began May 1 with Moh’s Contracting out of Owatonna, the site was graded to match the building requirements and underground work that involved adding rigid inclusions — columns of grouted cement mixture added to the soil to increase its load-bearing ability, Little said — were done to ensure the site, which had inadequate soil conditions, would be able to support the weight of the new fire station.

The subsurface work was a big factor in progress toward project completion, Little said. Wells Concrete started delivering precast concrete panels three to four weeks ago, Little said, and the majority of the structure has been installed.

Though he noted the contractor is responsible for maintaining the schedule, he said the precast was “the biggest milestone.”

The retaining wall, which Little said was necessary to build on the sloped site to create safe driveways for the station, is in progress, Laskowske said last week.

“Right now is when we’re gonna hit the real meat and potatoes of the building — getting it all closed in and getting it operational,” he said.

Moving forward, the building will need to be prepped for winter work so contractors can work inside, he said. Work can also soon begin on non-structural elements on the building’s interior.

As of Sept. 19, Little said the project was approximately 40% complete. It has progressed since then, though he said it was hard to put a number on by how much.