Helping to fill a void 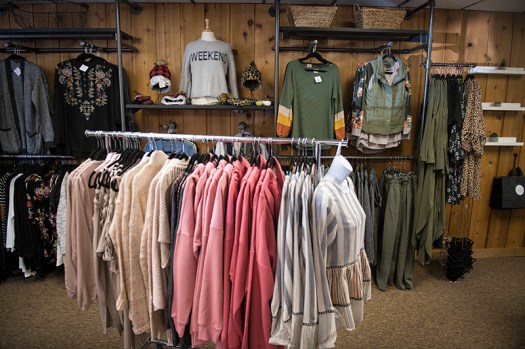 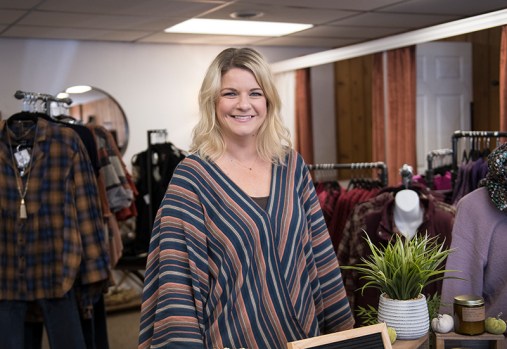 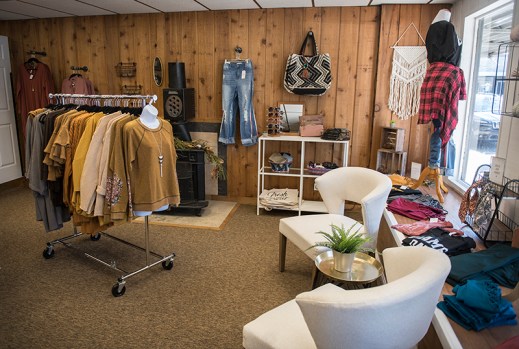 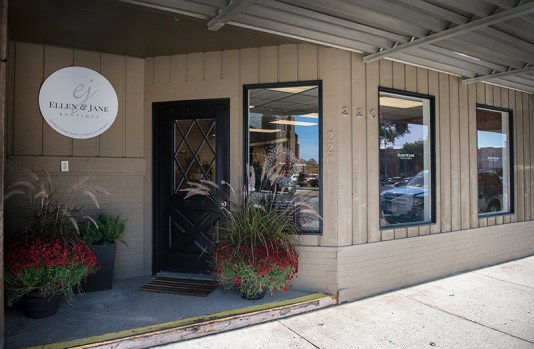 A Conger woman with an established photography business in the Albert Lea area started a new endeavor earlier this month with the opening of a women’s clothing boutique on West Clark Street.

Owner Kellie Steele said Ellen & Jane Boutique, which is named after the middle names of her two daughters, offers women’s clothing in sizes extra small through 3X, along with apparel, accessories and shoes.

“That was an important goal of mine, to dress women of all sizes,” she said.

Steele said she has been helping families pick out clothes for their photos for many years and discovered a passion for helping customers with their personal style. Add that in with the closures of Herberger’s and Shopko in recent years, and she said she realized the community needs more clothing options.

She looked at several locations for the boutique, and ultimately selected space at 220 W. Clark St.

After working for the past year with Whimzy owner Tami Staker, selling children’s clothes at her store, and being more involved with the downtown, she knew she liked the atmosphere there.

She said though not right on Broadway, the location she selected is still within the historic district and has good exposure being across the street from the Human Services building and nearby for when people from Mayo Clinic Health System take walks on their breaks.

The building has been empty for several years, but formerly housed Albert Lea Tax Service.

In preparation to open the store, she installed new carpet, painted, built dressing rooms and decorated the space.

Steele said clothes in the store are hand-selected. So far, she noted, the clothes have come from a market in Minneapolis, but in the future she hopes to go to markets in Las Vegas and other locations.

She described the style of clothes as trendy and urban-chic, and said in the week and a half she has been open, she has already seen customers ranging in age from teens to 70s there.

In addition to having clothing available for all sizes, she said it has been a priority to offer a nice variety of high-quality clothes at reasonable prices. Typically there are at least two of every size in the store, though sometimes there are only plus sizes or regular sizes of certain styles available.

She asked customers to provide feedback when they check out the boutique on what they like and what they’d like to see.

Steele said she will continue to run her photography business, Kellie Steele Photography, now that the store is open. She and her husband, David, have five children.