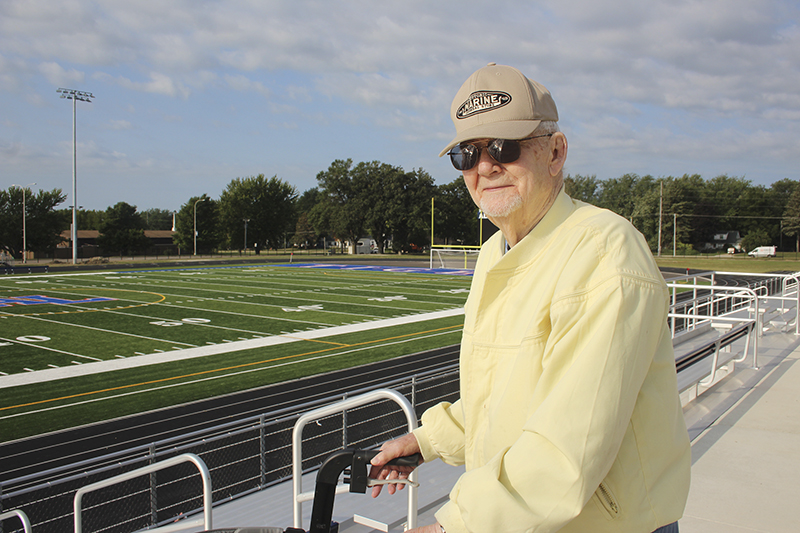 Jim Gustafson takes a look in September 2019 at Hammer Complex and the football field named after him as construction nears conclusion. - Sarah Kocher/Albert Lea Tribune

Zipped up against the morning chill and wind in a yellow windbreaker, Jim Gustafson looked where his daughter was pointing: at the scoreboard on the newly turfed football field at Hammer Complex. Above the electronic display in big white letters, it reads, “Jim Gustafson Field.”

“Look at that,” Gustafson said.

The field was dedicated Jim Gustafson Field in fall 2012, recognizing his 17 years as head football coach, 27-game win streak, five Big Nine Conference championships and three state championships. Gustafson was named to the Minnesota Football Coaches Hall of Fame in 1980, the Minnesota High School Athletic Directors Hall of Fame in 2004 and the Albert Lea Athletic Hall of Fame in 2010. As athletic director from 1963 to 1984, he was “instrumental” in the inclusion of women’s sports in the athletic program at Albert Lea High School, according to the plaque bearing his name and image in Hammer Complex’s plaza area. 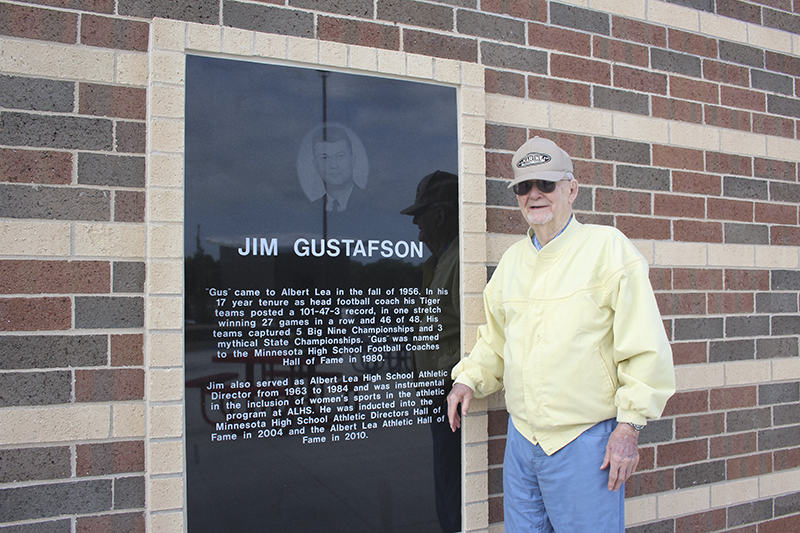 A plaque on the backside of the grandstand facing the plaza tells visitors about the legacy of Jim Gustafson. – Sarah Kocher/Albert Lea Tribune

“I feel I accomplished something with my life,” Gustafson said of his time with Albert Lea athletics.

Gustafson said he was the football coach when Hammer Complex was built. Football practice was conducted on dirt fields where the softball complex now stands, except on the day before the ballgame.

“We practiced on this field,” Gustafson, gesturing to his namesake. “It was like paradise.”

Anderson said the hope is for the plaza to be done before Albert Lea’s first home football game Sept. 13. The intention is also to have overflow parking at the high school so people can walk over.

When the field was dedicated in 2012, Gustafson said the gesture was “nice.” But the field he saw at Hammer Complex Thursday was more than he expected.

“I didn’t think my name was gonna be on such a nice field,” Gustafson said. 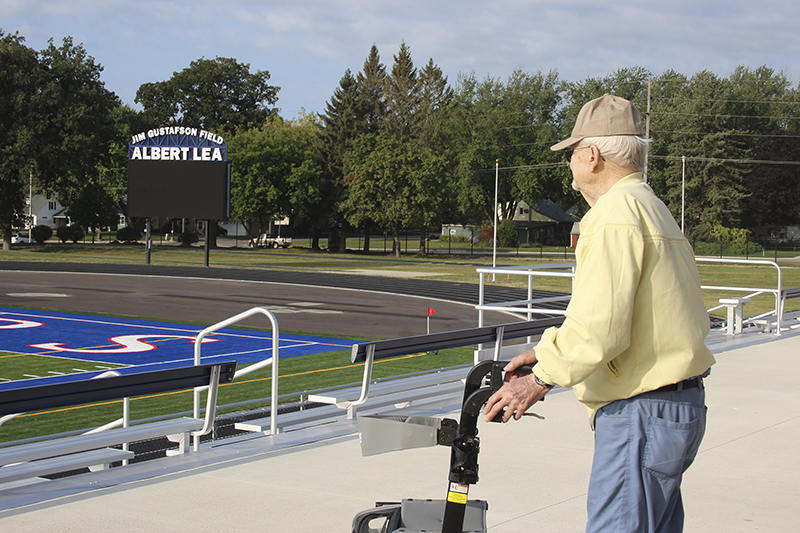